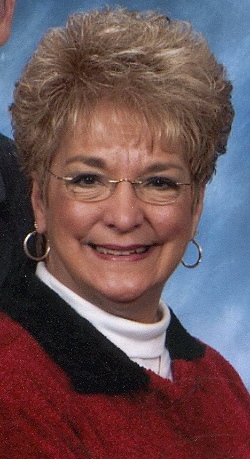 Marlene Ann McGrath, 66, of Owings passed away January 2, 2014 at Johns Hopkins Hospital in Baltimore. She was born September 12, 1947 in Greensburg, PA to Carl Vincent and Mary A. (Procup) Fetchero. Marlene was raised in Greensburg, where she attended public schools and graduated from Hempfield High School in 1965. She married Thomas Patrick McGrath on December 11, 1965 and they lived in Pennsylvania. She and Thomas moved to Maryland in 1986 and lived in Linthicum, and in early 2013, they moved to Owings to live with their daughter. Marlene was primarily a homemaker, and also worked with McGrath Advertising, their family owned advertising business. She was a member of Jesus the Good Shepherd Catholic Church in Owings and was a very spiritual person. She loved cooking, especially Italian dishes, travel, warm weather, visiting relatives, and spending time with her family, especially her grandchildren.

Marlene was preceded in death by her parents, a brother Carl Fetchero, and her son Michael B. McGrath. She is survived by her husband Thomas Patrick McGrath, a daughter Tina M. King and husband Lee, all of Owings, and a daughter-in-law Tricia McGrath of Annapolis. Also surviving are grandchildren Anna Lee King of Owings, and Reagan E. and Corinne E. McGrath, both of Annapolis.