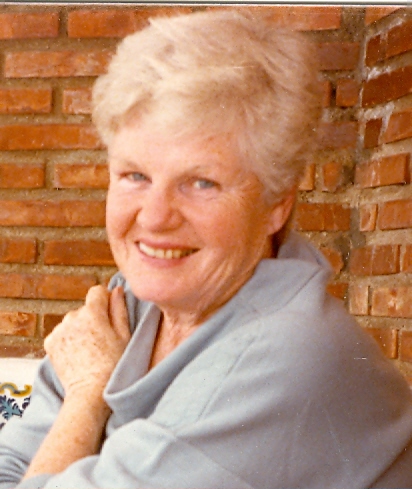 Marjorie Catherine Huici passed away on April 20, 2012 at Doctors Community Hospital in Lanham, MD, after a brief illness. Born Marjorie Hanrahan on April 21, 1919 in Wilmington, DE, she grew up in Elmira NY. After graduating from high school, she entered a Nurses Training Program at Elmira’s St. Joseph’s Hospital, where she earned her degree as a Licensed Practical Nurse (LPN). She married Gould A. Strong, Jr. in 1938. The marriage produced five children. Employment opportunities brought the family to the Washington DC area in 1955, where Marjorie pursued a lifelong career in the nursing profession. In 1969 Marjorie married her second husband, Dr. Miguel A. Huici. Together they operated a family medical practice in Oxon Hill, MD. The Huicis made a retirement move to the Costa Del Sol area of Spain in 1977, where they lived until 1992, when they returned to Southern Maryland to continue retirement. Marjorie had been a resident of the Collington Assisted Living Care Facility in Mitchellville, MD since 1998.

Marjorie was preceded in death by both of her husbands and her father Daniel Hanrahan, mother Grace Hanrahan Dempsey, step father Gerald Dempsey and her oldest son Daniel L. Strong. Surviving her are four children, Thomas Strong of West Palm Beach, FL, James Strong of Jupiter, FL, Joseph Strong and his wife Theresa of Hobe Sound, FL and Kathleen (Strong-Huici) Freije and her husband Luis of Ellicott City, MD. Marjorie is also survived by 13 grandchildren and 12 great-grand children.