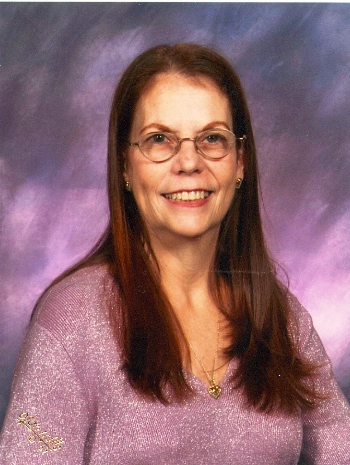 Marjorie Ann “Margie” Wilson, age 64, of Owings, MD passed away at her home February 7, 2014. Margie was born August 3, 1949 At Columbia Hospital for Women in Washington, DC to Lyon V. “Mac” and Doris Marie (O’Neil) McMurray. Margie was raised in District Heights, MD, where she attended District Heights Elementary, Francis Scott Key Middle School and Suitland High School, Class of 1967. Following graduation Margie worked for Weaver Brothers management as an executive secretary. Margie met David R. Wilson through the Mt. Calvary Bowling League in 1969. They were married on July 25, 1970 at Mt. Calvary Catholic Church, Forestville. They lived in Hillside until 1972 when they bought a house in District Heights. They moved to Owings in 1980 into a larger home where they cared for Margie’s mother and aunt. She was a homemaker until the children went to school when she reentered the workforce with a mortgage company as a Loan Processor. Later she did title searches for Marlborough Abstract. She and Dave were co-owners of a bus company (1990 -1996) where she assisted in chartering, planning and escorting the bus trips. From 1996 to 2006 she was the hall manager and caterer at St. Anthony’s Church. Margie was very active in her children’s lives as a Girl Scout Mom and Leader, Supporting the Beach Buccaneers Youth Teams, and a Faith Formation Teacher at St. Anthony’s Catholic Church where they were active parishioners for 33 years. She was a member of the Ladies of Charity and the Knights of Columbus Ladies of the Fourth Degree. She also shared her talent as a member of the Calvert Council Clowns providing entertainment to kids of all ages for charity. She was on the Tournament Committee of the Prince George’s County Fire Department Local 1619 Softball Tournament for Muscular Dystrophy. Margie enjoyed life with her family and friends, vacationing several times in Orlando, FL, with trips to Gatlinburg and Nashville, TN, Williamsburg, VA and Ocean City, MD. She was a fantastic cook and enjoyed baking, making and decorating many special occasion cakes for the family. Her door was always open to visitors and she hosted many years of summer family reunions. Margie loved sports and cheered for the Redskins, Orioles and Capitals. One of her greatest moments when she attended the Redskins Championship Games and Super Bowl XVII – Skins over Miami! She also enjoyed sewing, playing board games and cards, and was an avid reader. She was preceded in death by her parents.
Surviving are her devoted husband Dave R. Wilson of Owings; children David R. Wilson, Jr and his wife C. Antoinette of Prince Frederick, MD, Helen M. Huffer and her husband Joel of Williamsport, MD and Carole A. Wilson of Lothian, MD; grandchildren Cameron and Cheyenne Wilson of Prince Frederick, Sabrina Wilson of Lothian, MD and Drew and Alex Huffer of Williamsport, MD and brothers Thomas E. McMurray and his wife Karen of Sunderland, MD, Robert L. McMurray and his wife Sharon of Chesapeake Beach, MD and Michael J. McMurray of Owings, MD