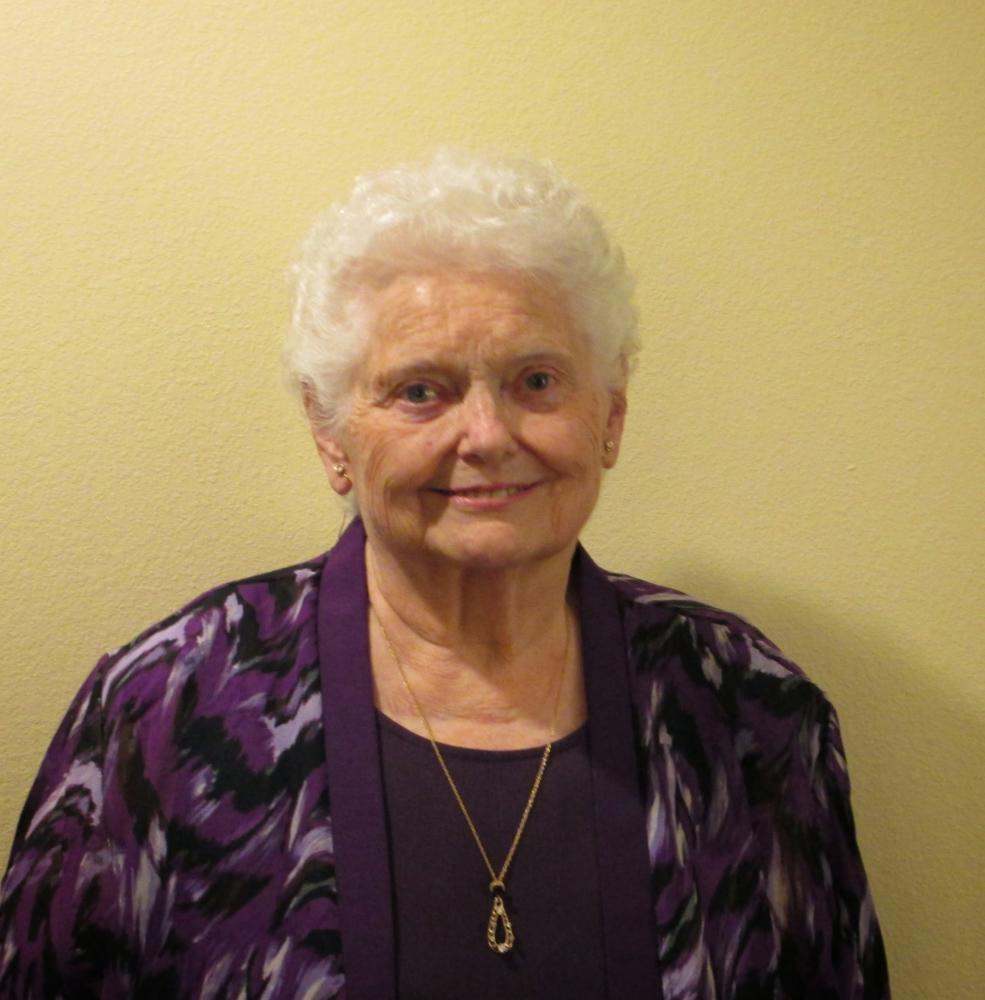 Our beloved wife, mother, grandmother, and great-grandmother, aka G- Gma, Lois Irene Richards Rohde, has passed from this life to the next and is now in the presence of her Lord and Savior, Jesus Christ. With family by her side, she passed peacefully on July 18, 2020. She was 90.
Born on Palm Sunday, April 13, 1930, at her family home in Washington, DC., she was the daughter of the late Paul Stewart Richards and Mabel Irene McGolrick Richards, both of Washington, DC.

Raised in our Nation’s Capital, Lois attended Central High School in the mid-forties. Shortly thereafter, she obtained a secretarial position in the Navy Department in DC, and as fate would have it, it was there that she met the man who stole her heart, Charles Richard Rohde. Upon marriage, they sought a better life out in the country of Silver Spring, MD., when it truly was the country, and spent most of their lives in the same home. More recently, they felt it was time to relocate to be closer to family to assist them in their care during their golden years. They moved, for the first time in their marriage, to Port Republic, MD., to reside with their son and his wife in May of 2015. Lois and Charles have celebrated 62 ½ years of marriage.

Together, Lois and Charles raised six children, including two from Lois’ first marriage. She was a faithful wife, loving mother, grandmother, great-grandmother, sister, aunt and friend. Her primary goal and heartfelt wish was to have family togetherness and she did everything in her power to make that happen up until the day she took her last breath. Her home was always open to family, friends, and friends of the family as well. She did not know a stranger. She was quite crafty especially in sewing and painting ceramics, even to the point of developing a small ceramic business of selling her works of art. With many of her years composed of being a stay-at-home mom, tending to the needs of her bustling, growing family, she also managed to squeeze in the opportunity to work for the Montgomery County Public Schools as a librarian assistant, first at Cloverly Elementary and then finishing at Forest Knolls Elementary. She truly enjoyed this season of her life as it allowed the blending of two of her most favorite things- people, especially children, and books.

In addition to her parents, she was preceded in death by her two half-brothers, Nelson and Wesley VanDercook; one sister, Margaret Jacobson Kelleher; and one daughter, Rosemarie Niemeyer.

In lieu of flowers, consider donating to the St. Leonard Volunteer Fire Dept. The entire staff at this location has the love in their hearts and the knowledge and care that we needed on so many occasions. They will never know just how much we respect what they do. From the first time to the last time and so many between, the horns and sirens were only minutes away but never seemed to be fast enough. It always was. Since her passing I still hear those helpful sounds knowing that they still care and will do for others like they have done for us. Now the sirens are not as scary but more of a relief that help is just around the corner.
Thank you so much, St. Leonard Volunteer Fire Department.

Kind, thoughtful, generous, loving and caring are just a few of the words to describe my dear Aunt Lois. She will always be with us in our hearts.

With sincere love and affection,
Cheryl and Marty

Lois was a beautiful woman and a wonderful mother-in-law. From the first time I met her, she welcomed me into her family. Over the last 34 years, I have learned how special of a lady she truly was. She provided a loving home for me and helped to take care of my first child (Tim, Jr.) as I tried to balance college, work, and being a first-time mother. After my second child (Jenny) was born, she continued to shine as a grandmother. I always loved to watch Lois as she sat in her blue chair in the corner of her living room reading to any grandchild that was around. Lois was there when I needed her. One example of this was when a knife went into my foot while I was defrosting the freezer the fast (but not so safe) way. Lois dropped whatever she was doing to come to my home, take me to the hospital, and watch the kids while the doctors mended my foot. I have many fond memories of Lois as she prepared for her family gatherings. There was always lots of food and many laughs as her large family would come together to celebrate. I have no doubt that all who attended the 906 gatherings and celebrations will remember Lois as the person who made family gatherings enjoyable and memorable. As years passed, Lois continued to play an important role in my life and the lives of my children. It was a pleasure having her live with us for the past five years. From the day I met her to her last day on Earth, Lois held onto her loving and caring ways paired with a smile that could brighten anyone’s day. My heartfelt condolences go out to her adoring husband, Charlie, and all of the family and friends that knew and loved her. I love you, Lois – you will be greatly missed!

Great Aunt Lois always had a smile and a hug ready, and her kindness put everyone at ease. We will miss her dearly, and her memory will live on in the love of her family and friends.
With love and comfort,
Jennifer and Paul, Simon and Asher

Grandma has played an enormous role in my life. I have gone camping with her, she took my on my first plane ride to Texas, and I have spent more overnights at her home than I can count. I always looked forward to my vacations there at her home. She always cooked a delicious and well balanced dinner for us during our stay. We were able to have a soda only after drinking a full glass of milk. (I have never before guzzled milk down so fast just to get to that soda!) She taught me The Lord’s Prayer and read me books while scratching my back before bedtime. She taught me how to sew, and even put me and my cousin in a sewing class. And I can’t help but to think she gave me her creative gene. I always looked forward to painting ceramics she made, as well as many other crafty things we did together. Grandma, I could go on and on about how much fun I had with you, and how kind and loving you have always been. These memories will forever be a part of me, and I promise to never let them fade. I love you more than you could ever know!

It was apparent to me when I first met Mrs. Rohde about 20 years ago that she was a person who had touched many lives in a positive way. Her ready smile, warmth and selflessness showed me right away anyone would want her to be their G-Ma. She was a special lady and her legacy will live on through her beloved family. It is my hope that you will all find solace in your memories of her. My heartfelt condolences, Dale Suder

Dear Jackie and extended family, I am so sorry to hear of your mom passing. This can be an extraordinarily difficult time. Be kind to yourselves.

I feel so fortunate that I was able to see Lois and Charlie about a month ago. Lois sat in the chair and I sat on the floor cross-legged. We talked… she mentioned she did not want to be a burden. She was so selfless, thinking of others more than herself. We laughed together. She had a distinctive laugh that was lovely to hear. Also, a bit unrelated, I always felt so welcome in the old house. Though your family was and is large, Your mom always seemed to find the time to talk with me. How thoughtful… I will miss her deeply. Love Naomi