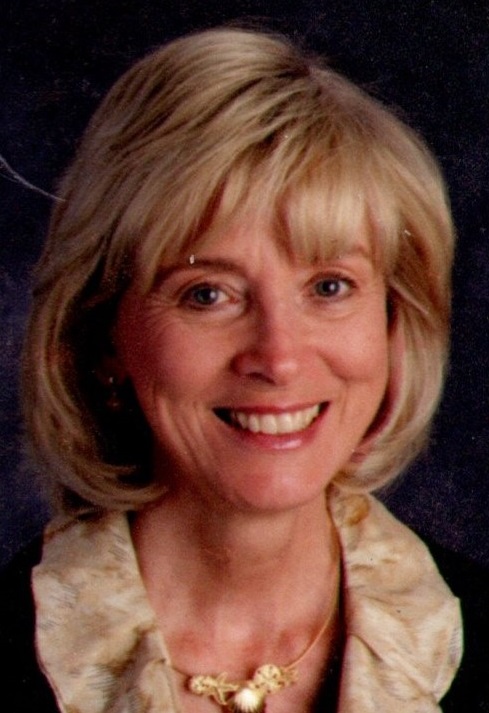 Linda B. Weigel of Port Republic passed away January 22, 2020 after a two month battle with ovarian cancer.

Linda was married to her husband of forty years, John, on June 9, 1979. She taught elementary school in the Archdiocese of Baltimore parochial school system for six years until the birth of their first child in 1981. Linda and John moved to Calvert County in 1982. Two more children followed in 1984 and 1987. She continued her teaching career from 1981 through 1992 as home school advisor with the Calvert School in Baltimore.

Linda’s many interests in addition to her family included travel, theater, reading, exercise, and volunteer work. She was involved in many activities at St. John Vianney Parish and volunteered with the Shoppe for Hospice and Meals on Wheels of Calvert County.

Memorial contributions may be made to Calvert Hospice at 238 Merrimac Court, Prince Frederick, MD 20678.

John
We want to send our deepest sympathy to you and your family. Our thoughts and prayers will be with you during this difficult time. May you find comfort in your many wonderful memories.

Please know our prayers are with the family during this most difficult time. We love you all. Nancy and Pat Rooney

Our thoughts and prayers are with you and your family.
John and Sarah Callahan

Our hearts are so sad for your family. Know that we are holding you close in our prayers. With deepest sympathy, Bruce and Liz Rider

To the Weigel Family so very sorry to hear about Linda a very nice person whom I got to talk with and help at Giant in Prince Frederick going to miss that smile .

Many hearts are heavy after learning of Linda’s passing. Many more will say it more eloquently, but Linda was a special person who was the perfect kindergarten teacher. Kids have a distinct ability to determine sincerity and true kindness. She was a beloved teacher because of these qualities. May her legacy, which lives on in the hundreds of kids she taught and loved, sustain you during this time of great sadness and grief.

I can’t believe that this beautiful woman is now God. She made this world a little brighter with her soft tender voice, beautiful smile and soul. Our deepest condolences. I love you my beautiful classroom neighbor. Rest In Peace.

John, Alison, Dave and Greg, Words can never fairly express the sadness of losing Linda. She was such a beautiful bright light to so many. Our hearts ache for all of you. We hope and pray that you will find peace in knowing that “Earth has no sorrow that heaven cannot heal.” Thomas Moore. We are always available if there is anything you need. Love, Karen and Joe DePaul

Mr. John, David, Gregory, Alison, I am very sorry for your loss my Mom told me so many GREAT memories of her and Mrs. Linda I could go on all night with the GREAT memories, Mrs. Linda will be GREATLY missed.

Peggy and Ken Carlton
9:11am

Our hearts are heavy with the loss of your dear Linda. She was intelligent, sweet and kind. We met several times a year as lacrosse moms and enduring friends, laughing and also supporting each other through thick and thin times. God bless you all during your grief.

Sympathy and prayers to the Weigel family and friends.
Chris Perkey and family

Our deepest sympathy is with the entire family. Pete and I are so very saddened by the loss of this beautiful woman. When we would all get together (lax moms), we would talk about our families, and she loved you so very much, and her sweet grand babies! She is with God, and as hard as it is for you/us to be here on earth without her, we can rest a little easier knowing she is watching over you/us with her special love and beautiful smile. God bless you all during this difficult time. We love you, Pete and Nancy

Linda will be missed by many. Her legacy lives on in the little ones and families she taught as well as her wonderful family. She had gift of making everyone feel better and important with a kind word and beautiful smile. Our deepest condolences to John and family. We are thinking and praying for you all. Wayne and Deb

With deep empathy our prayer, condolences, and solace are with your family in the mourning of the death of your beloved wife and mother, Linda Bauer Weigel.

You John, and Linda, and your family, are our closest neighbors. You were our first friends upon arriving in Emerald Cove in September 2000.

Exactly a year later, I clearly remember Linda’s joy and words the day we brought Angel home. She was the first non-family member to hold our daughter. Near tears she told us “a new baby is the most wonderful thing ever”.

Linda’s smile melted ice; her compassion for all creatures was humbling. She will be so missed.

Please know my prayers are with the Weigel family during this difficult time. Michael Freeburger

Dr. Weigel,
So sorry to hear of your loss.

Dear John ,
We send our love and prayers to you and your family. Linda was a wonderful role model for us all. Remember the sound of her laughter and know that our hearts go out to you. Wishing you peace, comfort, hope, and healing.
Love and all blessings,
Nancy and Jeff Klapper

We are heartbroken for the Weigel family and are sending our condolences and prayers to sustain them.

Dear John and the Weigel family.
Please accept my condolences on learning of the passing of Linda.
You are in my thoughts and prayers.

Dr John and the Weigel family. Our sincere condolences on the passing of your beloved Linda. Dad holds you both in such fondness and is very saddened for your loss. Our thoughts and prayers are with you.

Dr. Weigel, We are so sorry to learn of the passing of your wife. Our hearts and prayers go out to you and your family. God bless you, Richard and Carol Penfield