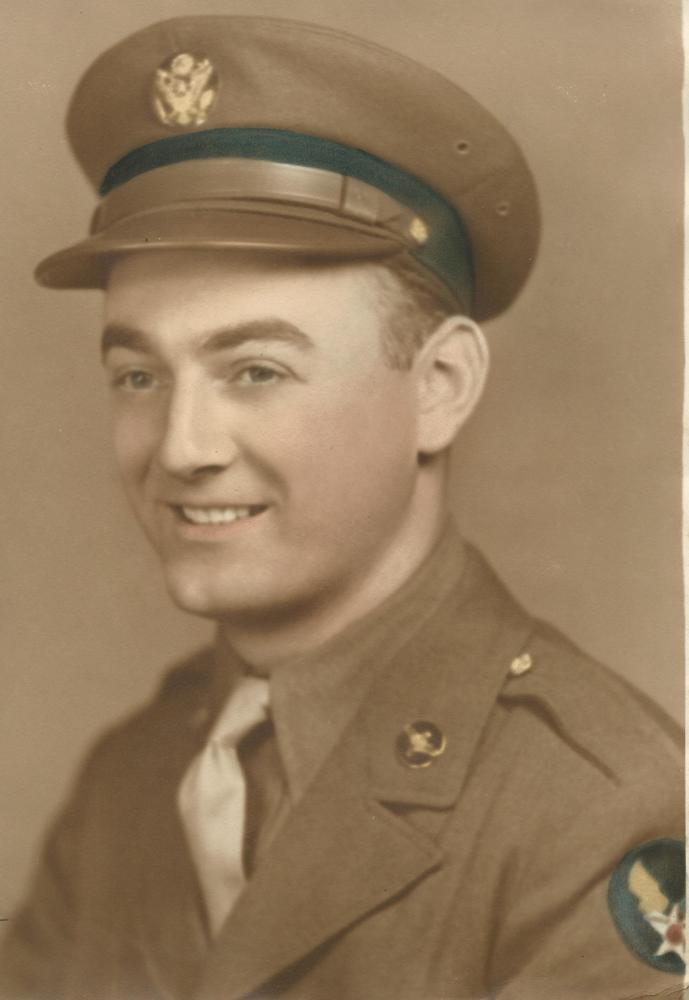 Lawrence Edwin Smith, 98, of St. Leonard, Maryland passed away March 5, 2016 in Prince Frederick, Maryland.He was born on February 20, 1918 in Boston, MA to the late Bessie M. and Herbert E. Smith. Lawrence joined the Army on August 10, 1942 where he spent his enlistment time in Iceland working on B-29 Bombers until his honorable discharge on October 29, 1945. On October 15, 1953 he married the love of his life, Corinne “Connie” Baker, who passed away on August 26, 2011. Lawrence and Connie sailed from Cleveland Ohio, thru Lake Erie, down the Hudson River, down the Intercoastal Waterway, and into the Chesapeake Bay where they settled in College Park, MD for a while. They eventually found their way to St. Leonard MD where they bought Matoaka Beach Cabins in 1960. Lawrence would run the Beach Cabins while he also was a photo engraver for both the Baltimore Sun and the Washington Post. The family is still to this day running the beach cabins.
Beloved father of Becky Barney (Robert), Bonnie Gateau (Gary), Gary Smith, and Mark Smith, grandfather of Chris Gateau, Shawn Gateau, Belinda Barney and Brandon Barney. He is also survived by two great grandchildren, Kaitlyn Barney and Lilly Lavorgna, and his sister Doris Keefer.
The family will receive friends at the Rausch Funeral Home, 4405 Broomes Island Road, Port Republic, MD on Saturday March 12, 2016 from 10-11 AM where services will follow at 11 AM. Interment will be held in Chesapeake Highlands Memorial Gardens. Memorial contributions may be made to St. Leonard Vol. Fire and Rescue Dept.