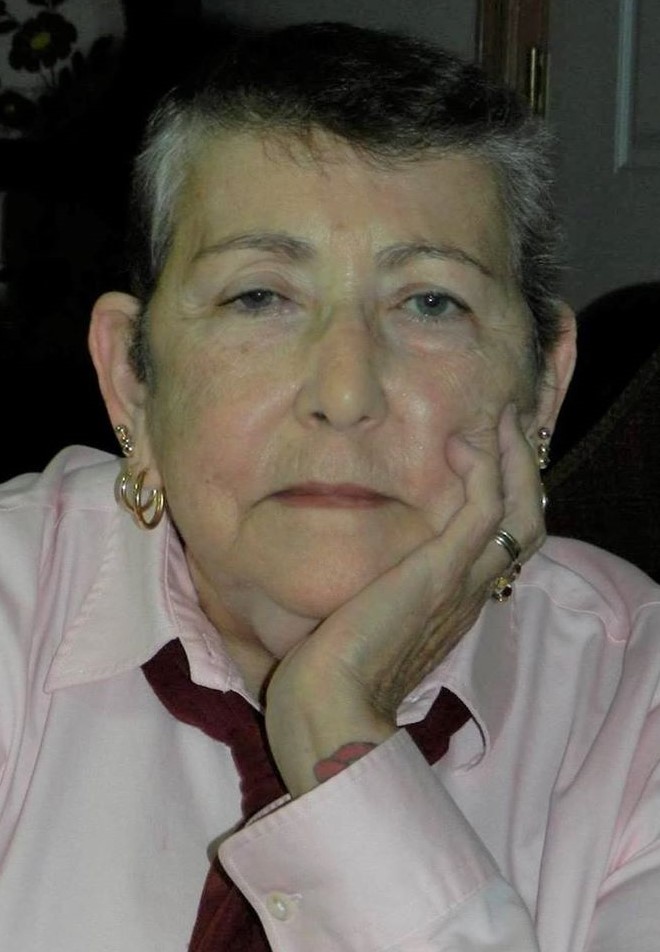 Judith Kathleen Witherow, 75, of Upper Marlboro, MD passed away January 27, 2020 at Adventist Healthcare White Oak Medical Center. She was born November 1, 1944 in Punxsutawney, PA to James Daniel and Almeda Faye (Miller) Hodges. Judith K. Witherow was a poet, essayist and storyteller. A mixed blood Native American/Irish woman raised in rural Appalachian poverty, she writes about her life experiences with disability, gender, sexual orientation, race and class from a perspective influenced by her early heritage. Judith described the hunger and cold of being poor in America in brutally honest first person accounts. She suffered along with her five siblings and parents the effects of malnutrition and industrial poisoning as well as various problems with their small town neighbors. Judith’s attentions to feminist issues were always encapsulated by her greater understanding of class and race. Following the initial excitement of the women’s movement was the disillusionment that newly won “rights” were for middle class women who wanted an equal arena with men. Very little has changed for women of her background. Chronic pain and illness have shaped her recent life. But she still shared her stories with the world. Her four decades of storytelling reflect this spirit and offer a rare chance to hear the voices of otherwise silenced women. She remained politically active in various causes via her computer. The struggle to protect rights and work to seek justice for the disenfranchised continued to be her forever battles. Judith’s first book  All Things Wild: Poems from the Appalachians was published in 2003. With her life partner Sue Lenaerts, Judith edited  Sinister Wisdom #68/69 , “Death, Grief and Surviving.” She later produced Strong Enough to Bend, a book compiling essays and poetry from her earlier works published in anthologies and publications. In 1994 she won the Audre Lorde First Annual Award for Non-fiction. She was awarded “Community Builder for Decades” by WPFW (Pacifica) Radio in 2007. She received an Award of Recognition from the Baltimore City Council, 2010. Judith was preceded in death by her parents, a son Steven J. Witherow and a sister Josephine M. Reigle. Surviving are her spouse Eileen Susan Lenaerts of Upper Marlboro; sons Stacey L. Witherow and his wife Andrea of Chesapeake Beach and Mark W. Witherow and his wife Dawn of Clinton; five grandchildren Alan E. Witherow and his wife Jackie of Huntingtown, Carrie F. Clagg and her husband Kyle of Chesapeake Beach, Constance T. Bennett of Clinton, Mark W. Witherow, Jr. of Clinton and James H. Witherow of Clinton; six great grandchildren Reece, Layla and Chloe Clagg, Alan E. Witherow, Jr. and Sophie and Bryce Legeer; two sisters Joyce Bequeaith of Huntingtown and Jeannie Day of Lusby; and two brothers James D. Hodges, Jr and his wife Ann of Owings and John P. Hodges and his wife Brenda of Tazewell, VA.

I am so very sorry to hear about the passing if Judith. I met her as a friend on Facebook about 10 years ago. We chatted sometimes and I got to know her and how wonderful she was. Rest in peace my friend.

I am so very sorry to hear about the passing if Judith. I met her as a friend on Facebook about 10 years ago. We chatted sometimes and I got to know her and how wonderful she was. Rest in peace my friend.