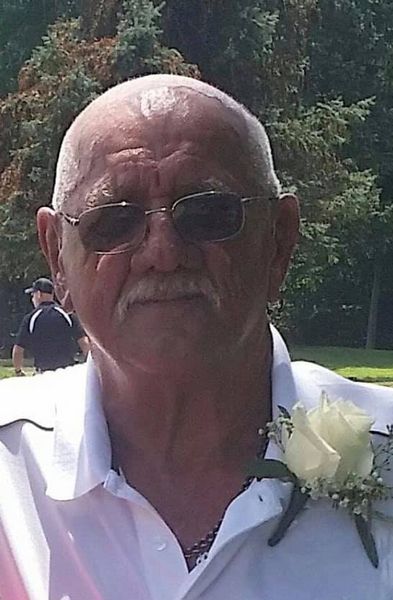 John Francis Rogers, 77, passed away November 16, 2020. He was born April 6, 1943 to Preston Edward and Dorothy Estelle (Hall) Thomas. John served in the United States Army as a Private in the Artillery Division and was stationed at Fort Irwin in California, before being honorably discharged. He was primarily employed as a carpenter at the National Gallery of Art in Washington, DC and later worked as a General Supervisor with Aldridge Electric in Freeman, VA. John was an avid softball player and was inducted into 5 Hall of Fames. He also enjoyed golf and was a huge fan of Dale Earnhardt, Sr.

The services for John will be live streamed on the Rausch Funeral Home Facebook page starting at 11:55 AM and can be accessed by using the following link https://www.facebook.com/RauschFH/. The service will start at 12 Noon.

RIP Johnny. Thanks for all the great times and memories on the softball fields. So sorry for your loss, Darren.

Johnny,
You took a pretty good swing at this life😊, on and off the playing field. RIP old friend.
God bless the family and think of the memories that make you smile.

Doc, Your memory will always live within our home each time I walk in my kitchen that you built. The battle is over for you, now may the family find peace knowing you are a rest.

Thoughts and prayers for the entire Rogers family. I have many fond memories playing softball with Johnny.

Our sincerest condolences, sending love and comfort to the Rogers family.