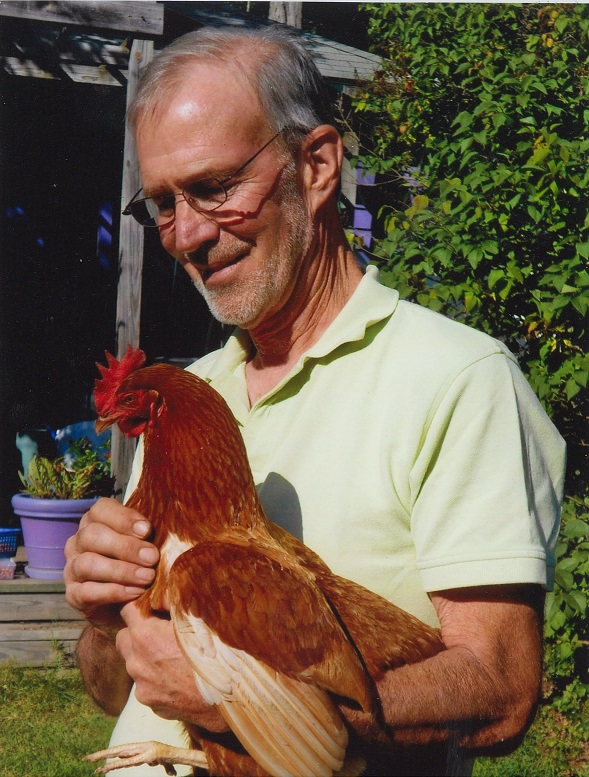 Jeffrey Alan Klapper, age 76, of Prince Frederick, MD, passed away in his home due to complications of cancer on Monday, February 24, 2020.

Born in Lower Merion Township, PA, on September 10, 1943, he was the son of the late Gerhardt Elmer and Dorothy Patricia (Cowie) Klapper. Jeff was the owner of L.J. Cowie Company, the printing and engraving business begun by his late grandfather. He retired in 2007 after 27 years to focus on his family and his community. He was an intense advocate for Calvert County and this world, looking to protect the roads, the history, and the land. His most valuable asset was the love of his family, especially his grandchildren whom he loved deeply and to whom he was eternally loyal.

Jeff had a love of history, conservation and gardening. He combined these loves and his gifts of knowledge and horticulture to be a fierce advocate for the American Chestnut Land Trust (ACLT) and to preserve the historic Port Republic One-Room Schoolhouse. In 2004, Jeff began working at the ACLT to clear trails, build trails, a barn and a raft to safely cross Parker’s Creek. In 2011, Jeff was the recipient of Ralph Dwan Memorial Conservation Award for the launching of the Double Oak Farm CSA in 2010. The CSA is his most significant contribution to the ACLT, a flourishing organic one-acre community garden plot which he started from dry earth and still thrives today.

Jeff’s love of all things nature took him on many cross-country camping adventures. He saw National Parks from the Northeast to the Northwest. His most remembered trip was to Bryce Canyon, UT. With a voracious appetite for knowledge, he was always reading and learning about trees, flowers, science, poets, authors and music. If you needed to know a fact about something in history, Jeff would have the answer. If you needed to know a line from a song, Jeff would sing it and tell you the history of what it was about and, thankfully, his own memory of why that song had meaning to him. If your house or car or tractor needed a repair, he’d know how to fix it and would have built or found the parts to make it right. He was an endlessly devoted man who believed that preserving his community was worth the fight and was a tireless supporter to anyone who shared his commitment to that goal. He was strong, strong-willed, bright, loving, selfless and brave. Jeff focused his life in retirement on building protections for nature and his community and, through that, created a family much larger than those who loved him at home.

A service and celebration for family and friends will be held at a later date where we will honor Jeff and share our stories of his amazing life. Interment will be held privately.

In lieu of flowers, contributions may be made in Jeff’s memory to the American Chestnut Land Trust, P.O. Box 2363, Prince Frederick, MD 20678.

I am so so sorry to hear of your father passing away. Sending thoughts and prayers to you and your family.

I am so sorry for your loss. Sending love and blessings to all.

We are so very sorry for your loss. Our thoughts and prayers are with you.

We share in your sorrow. The happy memories live on in mind and heart, you are blessed to have these.
Warm hugs, kisses and much love,
Gerrie and Joe

I am very sorry to hear of Jeff’s passing. He worked very hard at the farm and trails at ACLT. I met him on a work day (or two) there. He contributed a lot in his years there. I am very sorry for your loss.

Wishing you peace and comfort. Farmer Jeff left lasting gifts for us all at American Chestnut Land Trust. His presence will be sorely missed but his talented fingerprints are everywhere, from the beautiful heron railing at the ACLT office to the barn & high tunnel, gardens, the Food Forest and scores of special treasures he quietly created along the way. We will always remember his tireless work, quick wit and kind words.

As the former director of the American Chestnut Land Trust, I am eternally grateful to Jeff for his friendship, first and foremost. He had a wonderful sense of humor, even in his dying days, which I will treasure. The picture posted by the family to accompany his obituary is perfect to illustrate his humor. In his last email to me, after thanking me for my friendship, he said that as director of the ACLT I had supported his volunteer activities in every possible way, with one exception … I would not allow him to have chickens at Double Oak. I had to laugh and reply “Jeff, sorry about the chickens!” His contributions to ACLT were endless, but truly the vibrant and dynamic farm that was started by Jeff in 2009 is his most lasting legacy. ACLT has decided to honor Jeff by naming the barn at Double Oak for him. May he forever ride around in heaven on an old tractor!

I’ll miss Jeff…we shared the Pennsylvania connection and I really enjoyed our volunteer work at the ACLT, especially when we worked on the timber frame barn named in his honor…I will keep him and you in my prayers…Godspeed Jeff

Nancy, we were truly saddened to hear of Jeff’s passing. He was a good man who fought hard for the county he called home. I know he will be missed by many. Our deepest sympathy to you and the family.

Farmer Jeff was a valuable resource for the ACLT as well as a volunteer leader for many of us who found ourselves out worked by this “older fellow “. The barn being named after Jeff will keep his presence on the farm for ever.