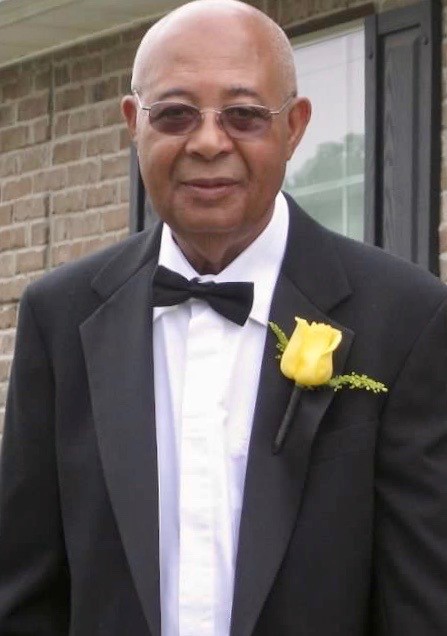 Jean Clobert Elivert, a quiet, humble, hardworking man, passed away December 25, 2019 at the age of 80. He was born June 13, 1939 in Haiti to Elias and Anite (Rosier) Elivert. Jean was raised in Haiti and moved to the United States in 1969, settling in New York. On August 15, 1970, Jean married his beloved life partner, Marie Appoline Bernard and they lived in Brooklyn, NY until moving to Rosedale, NY in 1979. In 2007 they moved in Ellenwood, GA and in June of 2019 they moved to Dunkirk. When Jean came to the United States he worked as an accountant for Chase Manhattan Bank and later as a taxi cab driver in New York City. He was a devout Catholic and a former member of St. Pius X Catholic Church in Rosedale, NY and Saints Peter and Paul Catholic Church in Decatur, GA, and a current member of Jesus the Good Shepherd Catholic Church in Owings, MD. In his spare time, Jean enjoyed going to church, fishing, gardening, watch wrestling and spending time with his grandchildren.

A genuine, sincere loving man who’s heart was so big. He raised many as if they were his own, even though he only fathered three. To know him, you would say he was a man that exhibited strength, courage, perseverance and always straight forward, yet gentle to your feelings. His heart was so big, always helping others. Family was everything to him. He always sacrificed himself for others.

Early in life, Jean accepted the Lord as his Savior, he had a personal intimate relationship with Jesus Christ. Prior to marriage he considered entering a life of priesthood. Later decided to serve the Lord in a layman capacity and have a family. A God fearing man, that valued his daily quiet prayer time. As children it was customary to see him every single morning pray and say the Rosery. In his very last days even though he was weak, He still called out to the Lord. In French he would say “Jesus prend pitie de moin” translated (Jesus have pity on me). He was our hero and now our angel.

Jean leaves to cherish his memory, his loving wife of 49 ½ years Marie A. Elivert, children Claude A. Elivert of Rosedale, NY, Roosevelt P. Elivert and his wife Cinawaye of Dunkirk, MD and Joanne Y. Carroll and her husband Demitrius of Stockbridge, GA, grandchildren Alyssa J. Nelson, Roosevelt P. Elivert II, Quentin T. Elivert, and Dalena J. Carroll, and a sister Rita A. Elivert. He was preceded in death by his parents and brother Paul Elivert. Additionally, he leaves countless loving relatives and friends.

Our lives will never be the same without him. Our hearts are broken, but let’s remember Jean for the fulfilling life he lived and the joy he brought to the world.

We, the Family of Jean Clobert Elivert, are sincerely thankful for the many ways you have expressed your kindheartedness during our time of bereavement. Perhaps you sent a lovely card, made a phone call, posted a note on Facebook or sat quietly in a chair. Perhaps you sent us beautiful flowers, if so, we saw them there. Perhaps you said a prayer, or spoke the kindest words that any friends could say. Perhaps, you travelled a great distance to be here. Whatever you did to comfort us and show your love, for whatever your part, we are grateful. Our hearts have been deeply touched immeasurably by these blessings. For your steadfast love, assistance and service, we extend a special thank you to Jesus the Good Shepherd Church Family, the Rausch Funeral Home Staff and the many other family members and friends too numerous to list. We ask God for joy, peace, and an abundance of special blessings for each of you as you have lovingly and caringly blessed our family. With Much Love, the Elivert Family.

Following the Interment, the Family invites you for a lunch at Mama Lucia Southern Italian Cuisine located at 10136 Southern Maryland Blvd Dunkirk, MD. (approximately 2 miles away)

My prayers to the family and friends

MY DEEPEST SYMPATHIES TO YOU AND YOUR FAMILY SISTER. I WILL KEEP YOU IN MY PRAYERS GOD WILL HELP YOU. I LOST MY HUSBAND SINCE 2012 . I KNOW HOW YOU FEEL SISTER IT’S VERY HARD PLEASE ACCEPT MY HEARTFELT CONDOLENCES

My deepest sympathy to the family especially to my sister Appoline, may the Lord give her strength and courage in this difficult time.
Sister Maryse.

Condolences to the Elivert family. May you find comfort and peace during this difficult time.

To the family, I am so sorry for your loss. I only met Mr Elivert one time, he had such a calming and beautiful spirit. Rest In Peace Mr. Elivert, Rest In Peace. Love Mallory Desír and family

Sending my deepest condolences to you sister Appoline. May God give you the strength you need during this hard time.

all my condolences to the Elivert family. May your soul rest in peace and God welcome you among the good

Sorry for your loss, thoughts and prayers to your family.

Thoughts and prayers to you and your family! I am very sorry for your loss. May you find peace.

Norman and Gina Thomas
11:43am

Our hearts and prayers are there for the entire Elivert Family. All of us know that his suffering and pain is over and he is in a better place. God continue to bless and hold the Elivert Family in comfort knowing Mr. Jean Elivert is at Peace.

I am sorry for your loss and your family is in my thoughts and prayers as you prepare to celebrate his life.

Carroll my deepest condolences to you and your family during this time. May you have continued strength and peace.
The Buggs/Walker family.

To the family. Doug and I are so sorry for your loss. may God bless and strengthen you especially at this time. Mary Melson Green and Oswald Doug Green

Elivert Family,
Wishing you peace to bring comfort, courage to face the days ahead and loving memories to forever hold in your heart.

The Lord is close to the broken-hearted and saves those who are crushed in spirit. Psalm 34:18

Roosevelt and the entire Elivert family you have my deepest condolensces. God’s peace during this difficult time.

My deepest condolences to you Appoline and your family. I will keep you in my prayers.

To the Elivert Family & Friends… It is during times of great loss that one realizes just how limiting words can be and hope you hear the words we cannot speak… Words can do no justice to the heartache that each of you must feel. May the memories you shared with your loved one provide peace and comfort; and may his kindness, compassion, spirt and love for God live on through you. Love Carole

My deepest sympathy to to the Elivert family. Madam Appoline, Joanne, Roosevelt and Claude stand strong. Your heart is not gone. He proudly lives on in each of you. Blessings and Peace.

Our deepest prayers and condolences go to the Elivert family during this very difficult time. We are so deeply sorry for your loss. May God keep you in the palm of his hand now and always. With love, Rich & Natalie Tusing