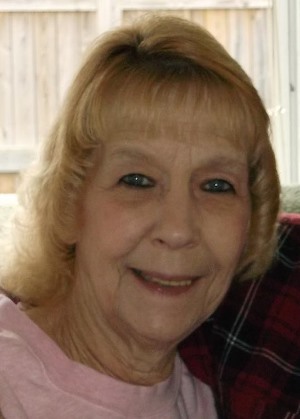 Janet Marlene Ricks, 68, of Chesapeake Beach passed away April 19, 2016. She was born December 22, 1947 in Washington, D.C., along with her twin sister Judy, to John Watson and Alice Lorraine (Jones) Butler. Janet was raised in Suitland, MD and attended Suitland Jr. and Sr. High Schools graduating in 1966. She married Lawrence H. “Larry” Ricks on November 4, 1966 and they lived in Camp Springs, Lothian and have lived in Chesapeake Beach since 1986. She owned and operated Dunkirk Pet Store in the 1980’s and was later employed as a cashier at Roland’s Grocery. Janet loved BINGO and scratch-off tickets and in her leisure time she enjoyed bowling, fishing, the Washington Redskins and watching NASCAR, especially Matt Kenseth. She also enjoyed spending time with family, especially her grandsons.

Janet is survived by her husband Lawrence H. “Larry” Ricks of Chesapeake Beach; daughter Tina M. Hedler and her husband Donny of Friendship and her twin sister Judy E. Wagaman of Chesapeake Beach. She is also survived by grandchildren Donald E. “Eddie” and Thomas M Hedler as well as numerous nieces, nephews and other family members and friends. She was preceded in death by her parents and brothers Johnny and Terry Butler.