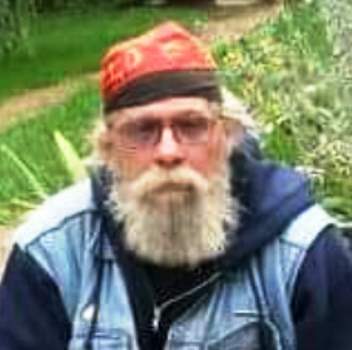 James William Tunstall, III, 65, of Owings, MD passed away April 13, 2018 at his residence. He was born July 2, 1952 in Washington, DC to James William and Helen Charlotte (Johns) Tunstall, II. Jimmy was raised in College Park and graduated from High Point High School. He was a member of Branchville V.F. D. in College Park. Jimmy married Mary C. “Bonnie” Campbell in South Carolina on May 3, 1969. He retired as a truck driver with Air Products and Chemicals of Bladensburg. He later went to work for Strohecker Trucking in Owings, retiring in July 2017. Jimmy was a drummer and later became the lead guitar player in the band Crossfire. He and Bonnie fostered many cats and kittens over the years. Jimmy enjoyed riding his Harley, camping and drinking beer. Surviving are his wife Bonnie Tunstall of Owings, daughter Leeanne Sullivan of Hagerstown, grandchildren Jessica and Rodger Merritt of Hagerstown and David Sullivan of Baltimore, great grandchildren Brody, Cash and Abigale, and special friends Kristen and Michael Gibbons of Huntingtown.