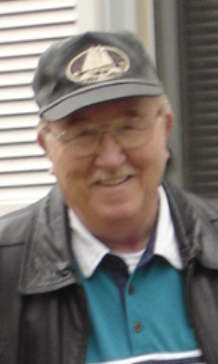 James “Sam” Gobble, 76, of Deale, Maryland passed away March 14, 2014 at Anne Arundel Medical Center in Annapolis. He was born October 5, 1937 in Abington, Virginia. Sam joined the United States Air Force when he was 16. He later lived in Washington, D.C., and settled in Deale in the late 1970’s. He was employed as a union iron worker retiring early due to disability.
In his youth, he enjoyed scuba diving, owning and flying planes, fishing and traveling in his RV. He also enjoyed carpentry, socializing at the local 7-11 every morning but most of all spending time with his family and friends.
Sam was preceded in death by his wife Sandra Gobble and his son Keith Gobble. He is survived by his youngest son Steven Gobble of Long Beach, CA, fiancée Peggy June Catterton of Shady Side, MD and a vast family of friends, all of whom will treasure the memory of the finest man we have known.