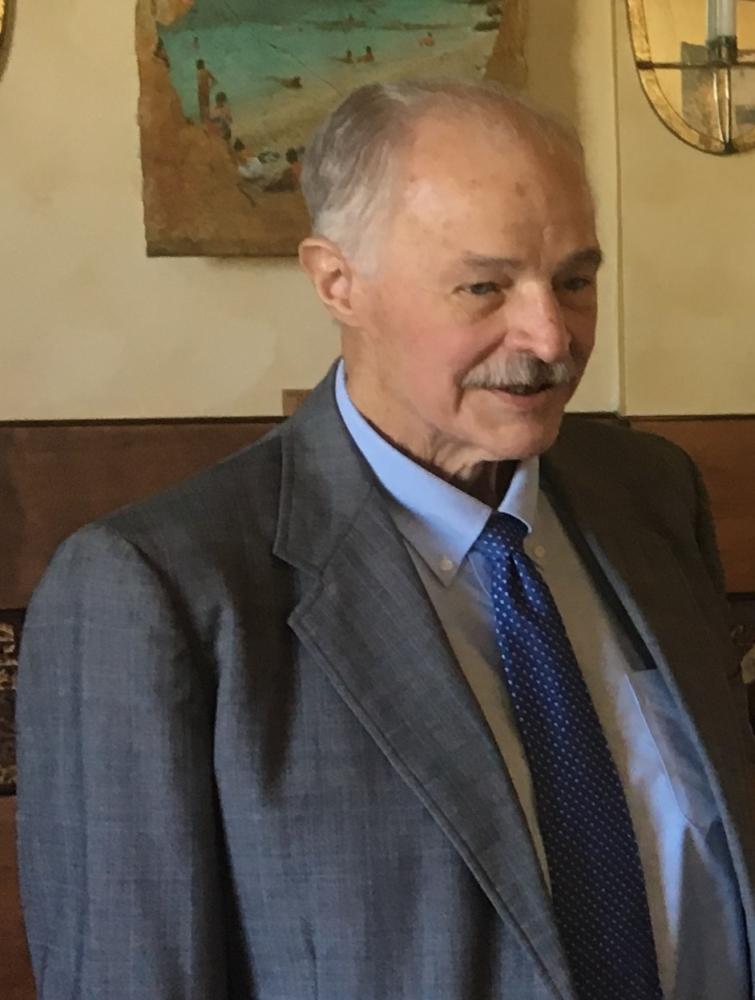 James C. Fisk, 79, of Dunkirk passed away November 13, 2020 at his home. He was born June 7, 1941 in Lewiston, ID to Bert and Doris Aurelia (Weeks) Fisk. Jim moved with his family to Washington, DC when he was 6 years old and later to Hillcrest Heights in 1954. He graduated from Suitland High School and later Capital Engineering Institute with a degree in engineering. Jim was drafted into the United States Army in 1964 and honorably discharged in 1966, after serving as the food inspector at Fort Jackson. Jim married Ellen Maiorany in 1967 and they have lived in Dunkirk since 1983. He worked for many years in specialized computer sales, selling computers to various government agencies. Jim was a member of the Calvert County Board of Elections for many years and a very talented man who embraced his Idaho heritage. In his spare time, he enjoyed woodworking, furniture making, working on cars, and fixing things. Jim’s family would like to give a special thanks to his caregiver Joyce Agbemafle.

Jim was preceded in death by his wife Ellen in June of 2019 and sister Marcella Sunderland. He is survived by his brother Bradford Fisk and his wife Carolyn of Falls Church, VA, nephews Benjamin and Michael Sunderland of Owings and Brent Fisk of Washington, DC, and niece Susan Fisk and her husband Garrett Munro of Kent, OH.

The services for Jim will be live streamed on the Rausch Funeral Home Facebook page starting at 1:55 PM and can be accessed by using the following link https://www.facebook.com/RauschFH. The service will start at 2:00 PM.

My deepest condolences to Jim’s family, Andrea Baddour and family

Jim will be sorely missed. My deepest sympathies to his family. Sincerely, Kristen

My sincere condolences to the Fisk family. I had the honor of working with Jim and our election family. Thank you Jim for your service from one vet to another.