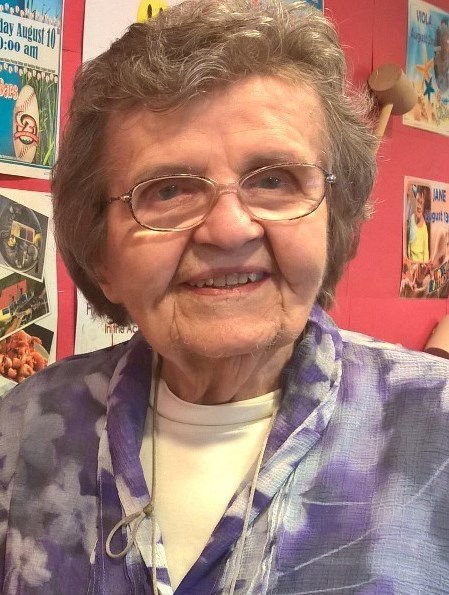 Irene Elizabeth White, 91, of Annapolis, MD passed away January 31, 2018 at the Mandrin Inpatient Care Center in Harwood. Irene was born December 27, 1926 in Annapolis to Harvey F. and Myrtle V. (Carr) Myers, and was raised in Annapolis. She attended Germantown Elementary and graduated from Annapolis High School in 1943. She was employed at the Naval Academy where she met Lewis J. White while he was stationed there, and they married August 22, 1948 in the Academy Chapel. They lived in Annapolis and later at numerous other duty stations in the U.S. and abroad, including Hawaii and Paris, France, both of which she loved. Upon resettling in Annapolis in 1966, she was a homemaker raising her three children. She had also worked for the past thirty years at Kitchen Encounters, her son Mark’s family business in Annapolis. Irene was a long time active member of Heritage Baptist Church in Annapolis where she enjoyed attending Sunday school and being on the dinner committee. In her leisure time Irene enjoyed crafts, sewing and needlework, embroidery, playing word puzzles and solitaire on the computer, and time with family.
Irene was preceded in death by her husband Lew in 1998. She is survived by a daughter Cindy White Spittle and husband Pat Curran of Annapolis, sons Lewis J.” Jim” White, Jr. and wife Sherry of Gibsonville, NC, and Mark T. White and wife Cindi of Arnold, MD. Also surviving are grandchildren Alex, Jessie, Grace, Joshua, Timothy and Kathleen White, six great-grandchildren, a sister Joan Myers of Crofton and a brother Martin Myers of Aiken, SC. Irene was preceded in death by brothers H. Fenton Myers, Jr. and John A. “Buck” Myers, and sisters Ivyl V. Rowland, Myrtle M. Rausch, Beverly L. Ames, and Shirley A. Myers.