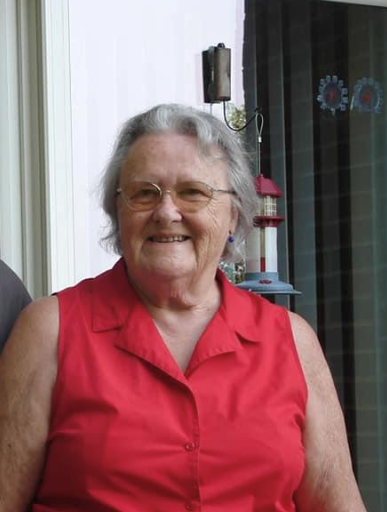 Ida Ruth Caouette, 88, of Huntingtown passed away October 2, 2021 peacefully at home with her family by her side. Ruth was born October 27, 1932 in Sunderland to Joseph Percy and Nellie Viola (Hardesty) Turner. Ruth was raised in Sunderland and graduated from Calvert High School. After high school, she attended Strayer Business College in Washington, D.C. She worked for the I.R.S. and was a data processor for Prince George’s County government until her retirement. She married George Louis Caouette on May 23, 1953 and they lived in Marlow Heights, North Forestville and Upper Marlboro before settling in Huntingtown. Ruth enjoyed bowling, reading, crossword puzzles, game shows, crocheting, and most of all spending time with her grand and great-grandchildren.

Family and friends will be received at Rausch Funeral Home, Owings on Monday, October 11 from 2-4 & 6-7 P.M., with a funeral service to be held at 7:00 P.M. Interment will be private. In lieu of flowers, donations may be made in Ruth’s name to Calvert Hospice.

Very sweet lady. Her family use to live 4 house down from mine in Upper Marlboro. May she rest in peace

Very sweet lady. Her family use to live 4 house down from mine in Upper Marlboro. May she rest in peace