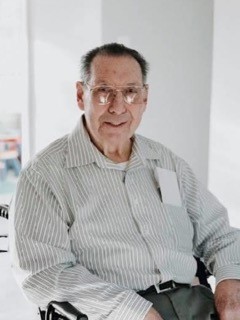 Harry is survived by his wife, Mary Helen (Gibson) Wallach, whom he married in October 1959; his children, Loretta Foley, Bernie Wallach and Joe Wallach; five grandchildren and six great-grandchildren.

Harry Swann and Pat Duncan agree that The Lord came out ahead when our special family member (Harry Wallach) joined Heaven’s angel brigade. We will moss his upbeat and direct outlook on life in general 🙏