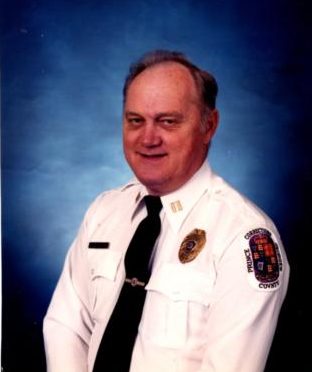 It is with great sadness that the family of Gerald F. Rice, Sr. passed away in his home located in Saint Leonard, MD surrounded by his loving family on Wednesday, December 9th.

He is preceded in death by his parents Bruce and Dorothy Rice. Jerry was with the love of his life, Claudia Rice for 31 years. He was a loving father to Amanda and Chris Stalnaker and their 2 children, Skylar and Ian. Their “Poppy” was their whole world.

Jerry was born in Washington, DC in 1937. He joined the United States Navy in 1954 proudly serving on the U.S.S. Leyte. When he returned he joined the Metropolitan Police Department and was with them until 1959. He then joined the United States Secret Service in 1960 serving as a U.S. Secret Service agent in the White House under the John F. Kennedy administration. He had many stories he loved to share and often referred to John F. Kennedy as “his” President.

In 1966, Jerry joined the Prince George’s County Sheriff’s Department and was a Sergeant of the warrant and fugitive squad. He went through the ranks as Captain and Major, retiring from the Department of Corrections in Princes Georges County in 1994. He had 37 years of law enforcement and owned his own private detective business for many years in Calvert County, MD.

Even in his last days, he was serving and protecting his loved ones and all whom came to see him. He always put others first and will be remembered for always bringing joy to our lives.

So sorry for your loss.

So sorry for your loss.