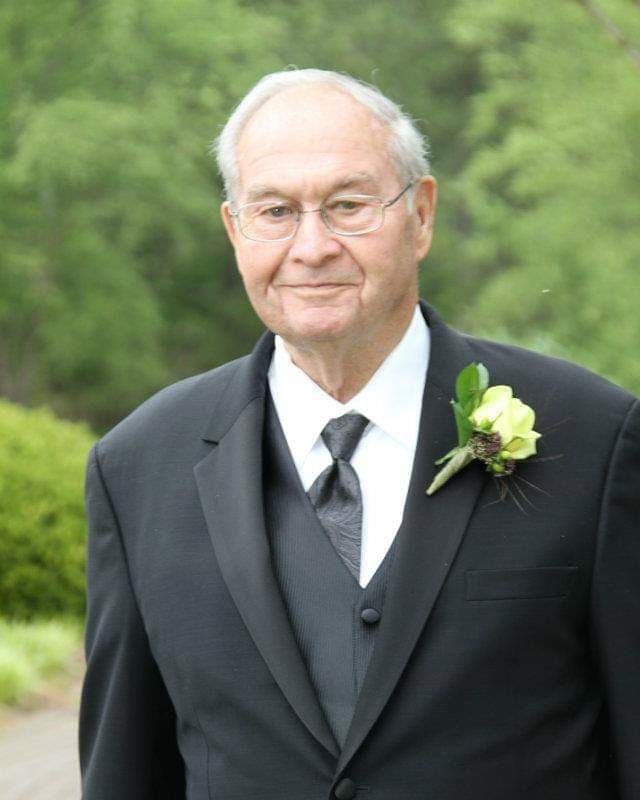 It is with great sadness that the family of George A. Moreland (aka Pop Pop and/or Motor) announces his passing on March 19th 2020.  George was 91 years old.

George was preceded in death by his parents John Herman Moreland and Lila Mae Crandell Moreland.

He is remembered with love by his wife Barbara of 70 years who he met in 1948 and married in August of 1950 and their three children (Linda Williamson, Connie Phair and George Moreland Jr.).

George will be forever remembered as a proud Marine, a caring husband and father and a man of few words.  Some of George’s quick quips included “Wait awhile” and “Oh boy”.  These will forever be remembered by all that knew George.

Following George’s military service, he and Barbara raised their family and farmed in southern Anne Arundel county (Lothian).  George loved to tinker on farm equipment and was known to only need three essential items to either fix or build something (duct tape, a glue gun and a chain saw).

George’s greatest joy was spending time with family and friends reminiscing about old times on the farm, his RV trips to Florida and listening to old Country Western music.

In lieu of flowers, the family request a memorial contribution to either Alzheimer’s or Dementia research.

“Oh Boy”, Pop-Pop we wished we could have asked you to “Wait awhile” longer.

Pop pop was so loved and will be so missed!
Thinking of all of you!

What a lovely obituary.
He would be so proud. I am so sorry for your loss. Take care of your mom. Prayers for all.

My love to Mom and my dear friend Connie during this difficult time, to my Marine Corps Brother I say …. Guard the streets of Heaven until I’m able to relieve you of duty sir….. Semper Fi

Ponch thanks for your kind words

So sorry for your loss, but grateful for his gain. I have so so many fond memories!

Dear Connie and everyone else in the family I am very sorry for your loss.God Bless you all in these difficult times.

Pop Pop has climbed the stairway to heaven and rests in God’s hands now. May he live eternally in your hearts and may your memories ease your pain. Cyber hugs to you all – Rest in Peace sir, and thank you for your service. God Bless.

PopPop was one of a kind, always treating me like family for over 55 yrs. Truly will miss him. Hugs to the family

So sorry Linda. God Bless you and yours. Love you!

Linda, sending prayers to you and your family during this difficult time. I remember a few times meeting you at Washington Hospital Center visiting your dad. Give my love to your mom.

Dear Connie, our thoughts are with you and your entire family during this difficult time. Your father was a lucky man to have been loved and respected by so many. May your wonderful memories heal your broken hearts.

I’m so sorry for your loss. My deepest condolences to you and your family. Even though I knew him a short time, it’s evident that his love for family was great. It is carried over to them, love lives forever, may he Rest In Peace ❤️🙏🏻

Loved your Dad.. He was one of a kind..We loved being around him.. And your mom so many years..wonderful memories..God Bless George..RIP ❤️