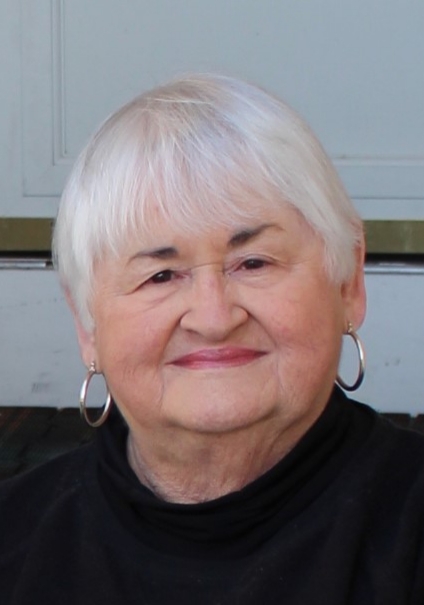 It is with profound sadness the Minni Family announces the sudden passing of Genevieve Godish Minni due to cardiac arrest on Wednesday, October 21, 2020 at the age of 80.  She is preceded in death by her husband of 54 years Francis C. Minni.  Known to most as Jeanne or Mimi, she will be lovingly remembered by her children Frank (Diane), Vince (Becky), and Miki (Chris).  She also will be deeply missed by her five grandchildren Josie, Georgia, Russell, Brady, and Micaela who brought her the greatest joy. Born and raised in Hendersonville, Pennsylvania, Jeanne graduated from Cecil High School in 1958.  She then attended Mount Mercy College (now Carlow University) in Pittsburgh, earning a Bachelor of Science degree in Biology in 1962. Jeanne was a beautiful, caring, and compassionate person who loved life to the fullest.  She welcomed family and friends alike with warm hugs and an infectious smile, always asking what was new and interesting in their lives.  She made everyone around her feel special simply by being curious and a great listener.  She enjoyed great conversation, was extremely witty, and had a memory for detail that defied belief. Jeanne first met Frank while both were attending separate colleges.  Two years after her graduation, they married in Wheaton, Maryland and started a family.  Once her three kids were school age, she began what was to become a 30-year career helping others as a Laboratory Technician with the Brandywine Waldorf Clinic in Brandywine, Maryland.  As luck would have it, the job allowed her to take long summers off that led to many memorable trips with the family to South Bethany where the Minni’s had a small beach cottage.  She treasured the time spent with family, especially her grandchildren whom she affectionately called “Mimi’s Angels.”  Never once did she give up a chance to be with her Angels and often spent hours on end with the little ones perched on her shoulder. Ever one to follow her passions, Jeanne loved antiquing, reading, and going to musicals such as Hamilton and Jersey Boys.  She had a flair for cooking and, at holiday gatherings, family sought to be first in line to scoop up her potato salad or dive into her hot apple dish.  In her later years, she discovered the Internet, YouTube, and other cable channels, which opened new worlds of knowledge she was excited to explore right from the convenience of her family room chair.  Jeanne will always be remembered as a positive, inquisitive, and happy person who was absolutely devoted to her family, and whose love of life inspired all around her.

I can still hear Frank referring to Jeanne as “My Bride,” with that smile of his. And I can tell you that Jeanne is one of very few women who I thought of in the same category as my own mother. We’ll be thinking now and then of Frank and Jeanne as long as we can remember to think. Best wishes.

A truly wonderful human. She will be missed. May she Rest In Peace with her dearly beloved Frank.

There is never a life free of sadness; never a heart free of pain, for whoever seeks so to follow, shall seek it forever in vain. So, when to your heart comes the sorrow of losing a loved one you’ve known; remember it’s God’s sickle at harvest, for He reaps in the fields He has sown.

I didn’t know her as well as I knew Frank, but she always remembered my name(after only one quick introduction!) whenever she joined us riding in the car together to the Writer’s Guild’s Nights of Songs & Stories at Dogfish Head Brewery in Rehoboth: Frank, the driver, Jeanne in the front passenger seat, Fran Hasson(who introduced me to the Minnis), and me in the back seat. I’m glad Jeanne and Frank are together again in heaven, but my thoughts and prayers go to their children and grandchildren, who I’m sure miss them both.

Jeanne’s Aunt Helen sends her condolences and prayers, and hopes her children and grandkids cherish her memory and and take solace in that she was a wonderful and good soul, who is certainly with our Lord in Heaven. Helen spoke of a time long ago when Jeanne was young and sitting in a car in a Christmas Parade in Canonsburg with her friend Joyce Ianarelli, whose father had a car dealership. He wanted pretty young girls to ride on the convertible rear deck. Helen said her husband Joe captured the moment in our collection. Beauty immortalized on a silent super 8 film. Helen and her sons Jerry and Jeff express their heartfelt sorrow for your loss.

As is everyone, I was deeply saddened to hear about my cousin and dear friend Genne’s passing. Growing up together she was only 3 months younger, but due to the timing was one year behind me in school. Always the happy cheerleader in both grade school and high school she was an inspiration to all, especially to me in high school where she cheered at our wrestling meets. I will miss you, “Cous” but look forward to seeing you again…Bill

My heart is heavy with sorrow. I will always remember that beautiful smile of hers. Jeanne was always proudly talking about her family which meant everything to her. Her kindness was always welcomed when she hugged me goodbye like as if I was one of her own. I will surely miss her.

I was a classmate of Jeanie’s at Cecil High School. I have many happy memories when we both were members of our cheerleading squad. My sympathy to her children and beloved grandchildren

So sorry to hear another one of our classmates passing. My sympathy to her family.

so sorry to hear this sad news about the lovely Jeanne. She was such a good friend and a bridesmaid in my wedding. We have another angel in heaven!