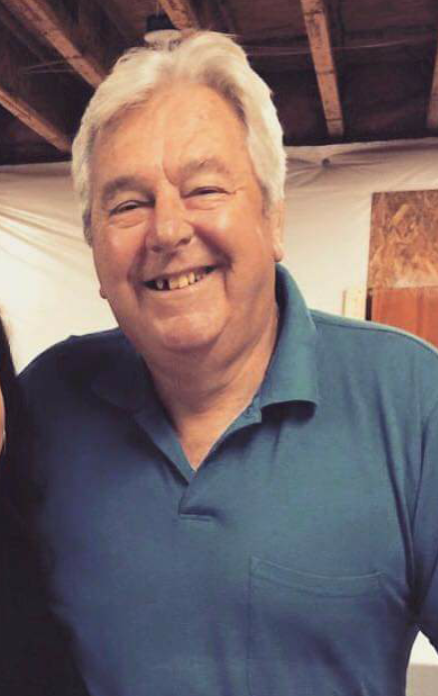 Douglas Collinge “Buddy” Bohlayer, 81, of Owings passed away July 9, 2020. He was born March 24, 1939 in Washington, D.C. to Mary Allen and John Bohlayer. Buddy lived in Florida, Tennessee, and Maryland over the years, and has called Owings home since 1993. He was a veteran of the United States Air Force. Buddy was a self-employed transporter of boats and classic cars, transporting vehicles all over the country. He was a lifetime member of the American Legion and most recently a member of the American Legion Stallings-Williams Post 206 in Chesapeake Beach. Buddy thoroughly enjoyed driving, NASCAR, going to races, and boat racing.

The services for Buddy will be live streamed on the Rausch Funeral Home Facebook page starting at 6:50 PM. The service will start at 7:00 PM.

Buddy was a great “big” cousin, with a heart as large as his stature. He will be missed by all who knew him, near and far. He introduced me to attending NASCAR races, took my children for rides in his tractor on the farm, and was always willing to have someone accompany him on one of his road trips. He shared Windy Hill with us over the years, allowing any of us to fish in the pond, have family picnics, hang out in the hammock between the hickory trees, and even set off illegal fireworks for July 4th (a couple of times). My entire family offers our condolences especially to Dotty and we thank her for her many years of support and care. Rest peacefully, Buddy. We will try to live our future lives as you would have wanted.

Dottie. So sorry to hear about your loss.Buddy was a great guy.You seemed so happy.HUGS

Bud, my only brother will be missed greatly. He was my Big, younger brother and sparring partner through the years. He was there when needed and I was there when he needed. He was Uncle Bud to my children and their children. Bud had a love of the water and boating and fishing. Inherited from our Dad, to be sure. The car racing started in his teens, He worked on racing cars and wanted to race but couldn’t get in. One day they came up short for driver list so Bud was asked to drive. Best night of his life at 19 years old. He fulfilled a dream. He wore many hats over the years, trying and succeeding at many jobs and businesses. In his later years, health held him back from anything he wanted to do. I know he is with our parents and grand parents. He is no longer in pain and suffering. I will miss him. Love, Mary Lee

I was there with Dad and saw the beautiful flowers 💐 you sent…. I got to see him before he left because he called me from the hospital himself on the bed…. my dad made sure to see me, hug me, tell me he loves me and loves my kids and he FaceTime with the kids to make sure PAP could see them!

Now he is no longer suffering and is resting in peace with mama and granddaddy…..

I saw aunt joy and Jill but I missed seeing you. Under the circumstances I understand.

Dotty, we are so sorry that Buddy has passed. We always enjoyed his company when you both came to the office. Please let us know if we can help in any way.

My Uncle Bub was as the tallest and strongest man I have ever known and one of the sweetest as I was growing up! He was my pen pal for a school project in the fifth grade and I loved to show him off to all of my friends because he was so cool and good looking and all the girls loved him as much as the guys did!
He came to my rescue many times, and never had a problem telling me when I was wrong. And took the time to explain why.
He kept his promise and has taken a lot of secrets with him when he left this world.
I am so happy he and Dotty found each other, she was the stability he had been looking for, her love and kindness and thoughtfulness is bigger than she is and just what he need.
I will miss you until I see you in Heaven!
As you used to say to me, when parting “Mention my name, you’ll get a good seat”.
I will, but I will not be sitting, I have way to many people to hug in heaven now!!❤️

Dotty,
We are thinking of you and sending you love.
Lewis and Joyce Cutler

My Uncle Bud was the gentle giant of our family. Growing up as a kid, he was huge — bigger than life and I looked up to him (no pun intended as I really did have to look way up to him, even as an adult) as he traveled up and down the east coast, hauling boats and other items. Bud also taught me how to zero in my rifle and scope, while shooting targets floating in the pond. As a kid, I spent much of my weekends and summers at the farm and marina. Bud knew the farm meant a great deal to me and he was thoughtful enough to make a shadow box with a few of the barn’s pegs before it was taken down, and gave it to me as a gift. This shadow box sits on the fireplace mantel in our house and reminds me not only of my grandparents and mom, but also my Uncle Bud. I am grateful that we were able to be together on the farm before it was sold and wish that we had even more time to visit. I am glad that he and my mom had that special relationship, as brothers and sisters often do. I will miss you, Uncle Bud. Dottie, we are sorry for your loss and our hearts go out to you. Love, Rick and Robin

Dotty,
I am so glad we got to know Buddy through Huntingtown United Methodist Church and talking with him while there. Bob sure enjoyed talking NASCAR with him. We know your heart is broken but we also know Buddy isn’t hurting anymore. He is in Heaven with God our Father.
He was a fun guy to joke with.
Love,
Bob and Theresa