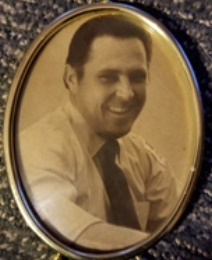 Donald Edward Hutchins “Sonny”, 79, of Prince Frederick, Maryland, passed away on October 22, 2019 at his home. He was born in Prince Frederick, on January 30, 1940 to the late Donald Henry and Esther Upton Hutchins. He is also preceded in death by a sister, Constance Ward.

Donald lived his whole life in Calvert County and like many others, he was a farmer and also worked full time for the US Government, retiring from the US Postal Service in 2004. He was a member of Trinity United Methodist Church in Prince Frederick, enjoyed playing soft ball, and watching his favorite ball team the Boston Red Sox games. Donald was just like his father in that everyone was his friend, he could walk up to a complete stranger and start a conversation and leave with them being good friends. He had a positive outlook on life and nothing ever shook him. He loved spending time with his children, grandchildren and great grandchildren, and was very patient with them.

The family will receive friends on Sunday October 27, 2019 from 6-8 PM at Trinity United Methodist Church, Prince Frederick, MD and again on Monday October 28, 2019 from 10- until the time of services at 11 AM.. Interment will follow in Central Cemetery. Memorial contributions may be made to Calvert Hospice.

Uncle Sonny-always smiling and loving those Red Sox. You and Aunt Mad helped Barry and I get on our “soon to be married” feet by welcoming us into your home, feeding us lots of fried chicken and peaches, and leaving me forever with a memory of you whenever I smell someone smoking a cherry flavored tobacco pipe. Rest In Peace now, from all of us who love you.

Sorry for the loss of Sonny. May God be with you.

My condolences to the family.

So sorry to hear of Sonny’s passing. He was such a gentle soul. Peace to the family at this time. R.I.P. Sonny!

I am so sorry for the loss of our uncle. He is Home now. Love to my family and prayers for peace and comfort. I love you all.

Rest in peace my friend and classmate (1958 graduate). Condolences to your family.

Salta family and all of his friends at Direct Mail.
4:45pm

We are so sorry to hear of Sonny’s passing. He was so dedicated in his work with the US Postal Service. We had the fortunate opportunity to have Sonny as our in-plant postal official for many years. He was truly a wonderful man. His legacy will live on through his children, grandchildren and great grandchildren. We are so grateful for having known Sonny and will remember him always.

The Salta family and all of his friends at Direct Mail.