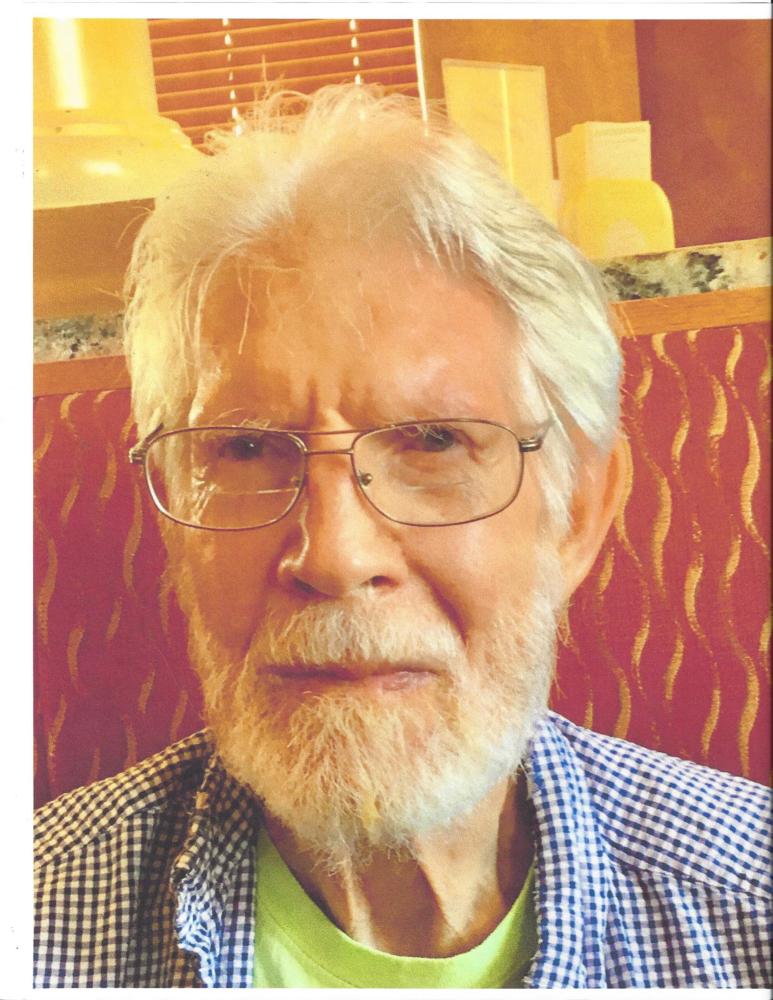 David “Dave” James Hollweger, beloved husband of Brenda, crossed the threshold peacefully on the evening of July 18, 2020 while under the compassionate hospice care of the nurses and doctors at Georgetown University Hospital, Washington DC. He was 82 years of age, and had advanced Parkinson’s Disease.

Dave was born on October 20, 1937 in Oceanside, CA to the late Frederick Karl Hollweger and Elizabeth (McCaslin) Hollweger.  He graduated from Sweetwater High School in 1955, and from UCLA  in 1961.  For 38 years he worked as a Propulsion Design Engineer initially for McDonnell Douglas, and later Boeing mainly in St. Louis, MO, where he met and married Brenda.  His final 3 year-project as Propulsion Chief on the F/18 Super Hornet Strike Fighter brought them to Calvert County, MD, where he retired in January 1999.   Dave was a member of the UCLA Alumni Association, and the (AAAS)/American Association for the Advancement of Science.  He enjoyed reading and triking, and in his younger days, skiing, biking and a little golf.

He is survived by his wife Brenda, his sister Ruth Eastham & family in San Clemente, CA, and his brother Henry Hollweger in Olympia, WA.  His deep, quiet presence and wry sense of humor will be sadly missed, as the world bids farewell to a very special and beloved human being.

A Memorial Service to celebrate his life will be held later at Middleham & St. Peter’s Parish. Condolences to the family may be made at www.rauschfuneralhomes.com.    In lieu of any further gifts please send donations to the Michael J. Fox Foundation for Parkinson’s Research at www.michaeljfox.org.

My dearest “big brother” David helped me all my life to become a far better person with his kindness, patience, consideration, understanding and above all love. Dave saw people, places, landscapes, and even food through the lens of enthusiasm, joy, beauty, and appreciation. David lived a full and wonderful life. During the last few years of his advancing Parkinson disease he never complained nor despaired. I looked forward to David’s weekly Sunday evening telephone visit with me in San Clemente, California and our brother Henry in Olympia Washington. We shared many topics, some were of travel, books, science, medicine, religion, gardening, family stories, difficult times, and cherished memories.
David will never truly leave my heart. I feel blessed to have been his sister and to have had such a lifelong bond, very rare indeed!
I am always with you. “Under His wings, you will find refuge” Psalms 91:4

Dear Brenda, I am so sorry to hear about David. My prayers go out to you. I remember sitting next to David when you performed in ” Love Letters ” at Asbury. He was so moved by your acting as I was. He was literally enthralled with your performance. When Encore gave the recitals , he was laser focused on your singing. Watching the two of you was witnessing an amazing connection. Another memory is the Encore Holiday weekend singing at The Homestead. In God’s Grace. Fondly, Malane Silver

I lived across the street from Brenda and Dave for 20 years and have many great memories of Dave. We shared many interests. My best memory of Dave is from 3 years ago when Brenda, Dave & I traveled to Lake Greenwood State Park in South Carolina, which was directly on the path of the Solar Eclipse. Brenda & I both said that we had previously seen eclipses and did not feel we had to go to the trouble of travelling to some remote location when we could view it from the comfort of our home (90% vice 100% totality). However, Dave insisted on being directly on the center-line for this once-in-a-lifetime opportunity. So, plans were made to travel to SC.
Dave was right- it was a trip of a lifetime which we continued talking about for almost 3 years now! The difference between 99% and 100% totality was everything. We all got a new appreciation for the power and majesty of God’s creation when that last pixel of sunlight vanished. We all removed our sunglasses at the same time to experience the wonder together. Thanks, Dave for insisting that we take the trip! We will miss you.

Thanks to all of you, my sister-in-law, Ruth, and friends Bill & Marlene, and Malane, for all the wonderful memories and love you have evoked through your condolences above. As I walk through the rooms of our home and take the River Walk to our pier here at Asbury, bike the roadways and even in driving the car around the local area, I still feel Dave beside me calm and encouraging in his quiet strength and love. It is as though he never left, as though he wants me to know he will always be there for me as I struggle to put my life together without his physical presence beside me in this world, helping with all the knotty issues as well as enjoying the fun times we had together. His calming demeanor kept me centered and at ease, and it is only in the later stages of Parkinson’s that he struggled to find the complete balance he was always so characteristic of. I will always love and hold dear the 34 years we spent together, 29 yrs of which we were married. We shared so much spiritually, traveling to all corners of the earth, and being together in book clubs, reading everything from poetry to science, etc. etc. These have been the very best years of my life, even as Parkinson’s began to take its toll.
I will always love you, my dearest Dave.❤️❤️❤️