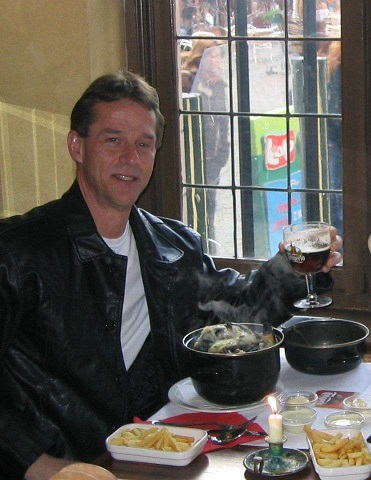 David Alan Holm, 66, of Calvert County, Maryland, beloved father and husband, passed on October 7, 2019 at home surrounded by his family
David was born on September 11, 1953 in Lincoln, Nebraska, to Paul and Luella Holm. His father’s work took the family from Nebraska to Virginia, where David graduated from Annandale High School in 1971. While in Virginia, David met the love his life, Eileen. They married in 1972 and were married for 47 years. They have three children, Mary Ellen Holm, Heather Mae Umsted, and Paul Leonard Holm, and five grandchildren.
David joined the Navy in 1974, and served on the submarine USS Casimir Pulaski. In 1981 David began to work at the Calvert Cliffs Nuclear Power plant. He graduated from UMUC in 2001 with a Bachelor’s of Science. In his time in the nuclear power industry, David worked his way from Reactor Operator to Plant Manager. Later in his career he was able to travel throughout the United States and internationally as a consultant for nuclear power plant operations. He spoke often about how he enjoyed learning about the local cultures in all of the locations he visited.
In 1981, David and Eileen purchased a small home in Prince Frederick, and he took to building additions to their house and landscaping with great zeal. David had numerous hobbies that he excelled in during his life. David was an avid azalea collector and owned a small azalea business. He was a self-taught guitarist and enjoyed playing the music of his youth. David loved to ski and was affectionately known in the family as “The Ski King”. He loved to vacation with Eileen and family members, travelling all over the world. He discovered a love of running, completing numerous marathons and races with friends and family. David volunteered with the charity Christmas in April, where he helped to repair and build homes for members of the community. David enjoyed teaching his children about all of his hobbies and interests, and shared his philosophy of hard work and play.
In 2014 David was diagnosed with a brain tumor. After fighting for five years, David passed in the home he built, surrounded by his loving family.
The family will receive friends on Sunday October 13, 2019 from 12:30 to the time of service at 1 PM and after service till 2:30 PM, at the Rausch Funeral Home, 4405 Broomes Island Rd, Port Republic, MD, 20676.
To honor his memory, the family suggests making donations to David’s favorite charities, the Special Olympics and the United Way.

We may never fathom how painful this loss is for you; please be assured that you are in our thoughts. Accept our sympathy.”

Dear Eileen, Children, and Grandchildren,
I know too well the sense of loss you are feeling. Were it not for being in Washington State, I would certainly be attending Dave’s service tomorrow.
He was a remarkable human being and I feel honored to have known him and called him ‘friend’.
You have many wonderful memories with him to embrace. Whenever you are feeling overwhelmed with grief , remember him, his intelligence, his sense of humor; that will help you through that moment of sadness. He will always be with you. Find comfort in the Lord and that you will be with him again someday.
Love to you all and my friend, Dave.
Always,
Jeanine

Sorry for your loss