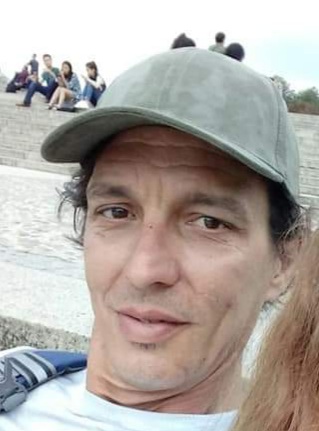 Charles Douglas Saylor died suddenly on Tuesday evening, August 4th. Charles was born February 25, 1972 to Douglas and Carole Saylor. He lived in Southern Maryland for most of his life. He went to Northern High School in Calvert County, graduating in 1990. After a brief stint in the Navy, he went on to work in the construction field, everything from welding to pile driving. He was a member of The Wharf and Dock Builders, Pile Drivers, Divers, and Heavy Highway and Industrial Carpenters Union, Local 441. He was popular with his co-workers, and loved by his bosses.

He is survived by what he called the two best things in his life, his son, Hunter M. Saylor, and his daughter, Holly M. Saylor. He is also survived by his parents, Douglas and Carole Saylor, his sister, Heather L. Allam (Scott), his brother Michael J. Saylor, three nephews, Kyle, Lucas, and Aidan Allam, and one niece, Saylor Allam.

To my cousin “Chuckie” as this is what we all knew you by, we shared a many memories together growing up when we all kids. Many holidays and get together’s as most families do. Good times, playing outside and inside with toys we all shared or just plain driving our parents crazy because none of us wanted to listen. It’s the good memories we store in our hearts forever and once in awhile you think back to those precious memories and wonder, man where did it go? My heart is sadden by your passing Chuck but I want you know how much you were loved, not just by me, but all of us. May you be at peace now and forever. I love you cousin, you have your wings.

Oh, my son. I love you forever.

Charlie: I knew you for a total of thirty days; the month of May in 2017. For part of that time we were roommates. You were always really kind to me. I had pneumonia and I know I kept you up at night but you were always really cool about it. I fondly recall watching baseball games together and how you helped me get through what was the most difficult but ultimately the most rewarding time of my life. I can’t recall who in your family I met on those few Sundays but I remember you talking about your kids and my prayers go out them and of course to you. Rest in peace man. Fly high