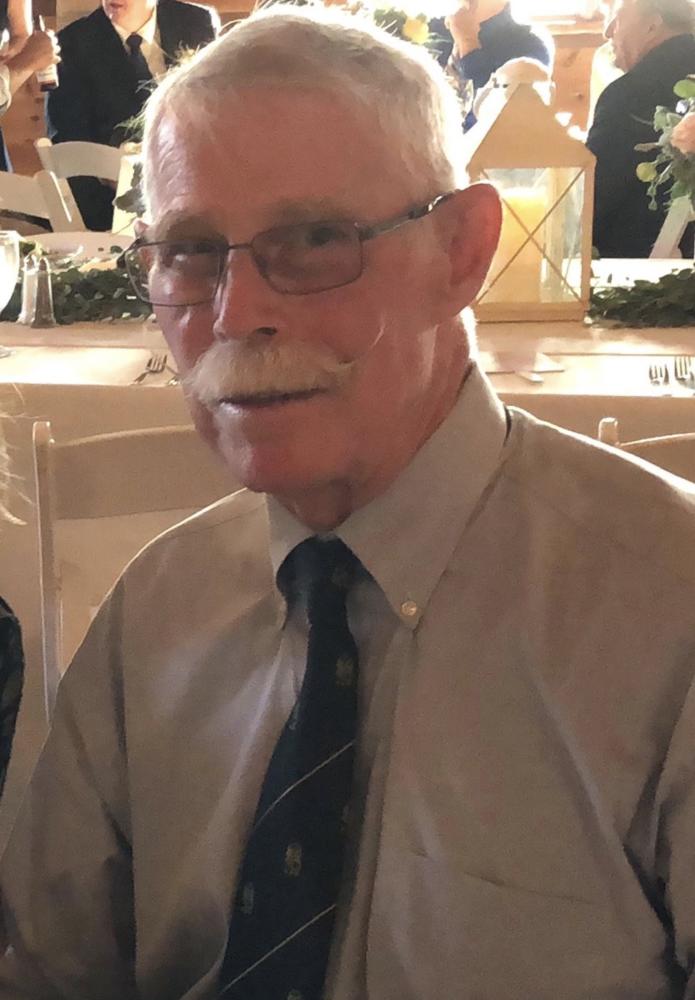 Captain Ted McCarley, USN (Ret) (80) passed quietly in his sleep at home in Solomons, MD on 5 September 2020. Born in Charleston, SC on 24 June 1940, he was the son of the late Rear Admiral Henry Harris McCarley and the late Marion (MacMillan) McCarley.

Known as a crackerjack boat mechanic, daredevil, marathoner, and memorable ass-chewer, he was also a beloved husband, lucky father, fun grandfather and great-grandfather that shared a love for adventure, tattoos, dolphins, and rollercoasters.

Fortunate to be able to live out his childhood dream of owning his own boat upon retirement, Ted loved cruising on his 44’ Defever trawler, M/V Aloha Friday. He and his wife wintered in the Bahamas, circumnavigated the eastern U.S. by water, and cruised maritime New England and Canada.

Burial at Arlington National Cemetery is being planned for a future date next year.

Memorials may be made to the EOD Warrior Foundation (716 Crestview Ave, Niceville, FL 32758), the Lewy Body Dementia Association (lbda.org), or the charity of your choice.

We cherish our many memories with you and Ted. Meeting up with you both on our 44’ Defever trawler were some of the best times. Then there was the RV life we both shared on Tiffin Motorhomes. You exemplified the marriage vows “for better or worse” in your compassionate, gracious care of Ted in the last few years. We look forward to seeing you in Florida this winter. Sending love, hugs and prayers.
Jane and Mike Ross

Dear Nancy, I am so sorry for your loss. May Ted Rest In Peace. All the best from Barbara (Mellin)

Nancy
We can not believe he is gone. We have such fond memories of our times together cruising on our boats, going to DeFever rendezvous, docking at your courtesy dock in Solomons, touring the War College with you and on and on. He was such a consummate gentleman. Now begins a new generation.
Joel and Marian Busse

Dear Nancy,
How blessed to have shared your life with such a wonderful man. Prayers for you and your family. Blessings and Peace.

Nancy
Paula and I wish to express our condolence on the loss of your beloved husband Ted. I served with Ted at the EOD facility in 1969-70. He was a good friend and mentor. Ted was instrumental in helping me achieve my goal of becoming a warrant officer.
We are glad that we had the opportunity to share some time with you and Ted at our last West Coast Navy EOD rendezvous in San Diego last year.
May his memory continue to be a blessing to all that knew him.

Nancy, our deepest sympathy for your loss. I know that the lack of his physical presence is heartbreaking, but we pray that you find comfort in the knowledge of how much he meant to thousands of people directly and who knows how many more indirectly. His life mattered and the work he did saved countless thousands of lives around the world. To Navy EOD, Ted was a generational change agent and leader of men. Someone who could draw a very clear straight line from so-so to excellence and knew how to motivate people to get to excellence. You were the love of his life. Your love motivated him. Ted will live on in the lives he touched. We hope to see you soon to give you a physical hug, but until then, we pray for peace and comfort in this time of great sorrow. Love, Brian and Kathleen Anderson

Nancy, you and Ted have meant so much to us – so many happy days on the water together. We treasure every minute we’ve spent together. Reading about all of Ted’s many accomplishments reminds us how lucky we’ve been to enjoy his modest company. We’re so grateful that you came out to Alaska to spend time with us, and we could see your kind, gentle and patient care of Ted. Love is a beautiful thing, and you two certainly showed what it means all the time. We will miss our dear friend terribly, but we look forward to spending time with you and we stand ready to support you as you heal from your unthinkable loss.

I am very sorry to learn of Commodore’s passing. I’d like to extend my most sincere condolences to you. We were not the kind of closeness that had us phone calling or keeping track, yet he had an impact on my professional career as great as anyone and more than most…even to this day. I made a mistake one time, unwittingly, and were it not for the Commodore’s intervention my career may have peaked and maybe ended prematurely. I will never forget this. He was hard on the wardroom, and mentor to the CPO’s Mess and a Sailor’s Sailor. Fair winds and following seas.

Nancy,
I am so sorry for your sudden loss. Ted will really be missed. You did a wonderful job of taking care of him. You showed much kindness and caring to him at all times even when it was difficult
My prayers are with you both
Randi and Jim

Dear Nancy,
I was deeply saddened at the passing of Ted, and extend my heartfelt condolences to you, your children, and your extended family. May the many wonderful times you shared be a source of solace to you now and continuing comfort in the future. Ted was the epitome of a Naval Officer and leader: professional, tough, disciplined, and fair…but always fun to be around when the occasion allowed. He was a superb mentor of three generations of EOD technicians and the example followed by many future EOD officers. My thoughts and prayers are with you.

Dear Nancy — Our condolences for your loss with Ted’s passing. It is most admirable how you cared for Ted in his last days, months, and years of a debilitating decease. You were lucky to have each other in a beautiful loving marriage.

Ted and I were deployed to Vietnam before his EOD days. Ted was young in 1963, but already in his early Naval career, he exemplified great leadership qualities. Because he was very intelligent and a high-energy person, it was no wonder that he went on to such an outstanding Naval career serving his country for the greater good and for all of us. Thanks Ted for your many years of dedicated service to our United States. I salute you.
Ltjg James H. Abing, OIC STAT 0302

We are saddened to hear of Ted’s passing. We enjoyed visiting with you at DeFever Cruisers events. Our prayers are with you at this time.

Nancy,
We were saddened to hear of Ted’s passing. We have fond memories of cruises that we attended with you. Ted just to be a boating “genius” to us and we so admired your zest for life!
May God hold you tightly to comfort you doing this time of loss and bring many happy memories to your mind of your time together this side of heaven.
Chuck and Sue Bartlett

Nancy,
So sorry to hear of your husband Ted’s passing. Your travels with him that you posted on Facebook seemed so wonderful and will hopefully bring you many smiles and precious memories through the years. May your heart be filled with comfort and peace. God bless you!
Eileen (Synowiec) Daniels

Nancy, Mike and family,
Please accept my deepest sympathy. Ted was my first CO and has always been a great leader and mentor to me and hundreds of other EOD technicians and Naval Officers. I was so blessed to have served under his command. He was demanding but fair and I personally know how truly good he was for the Navy EOD community. We are all saddened by your loss. Rest In Peace Commodore, My Greatest Respect, Ron Zitzman

Nancy,
I’m so sorry for your lost. Remember all the good times.
You and your family are in my thoughts and prayers

Nancy,
I’m so sorry to hear of your husbands passing. May God bless you and your family.
Marcy (Ripple) Chaney