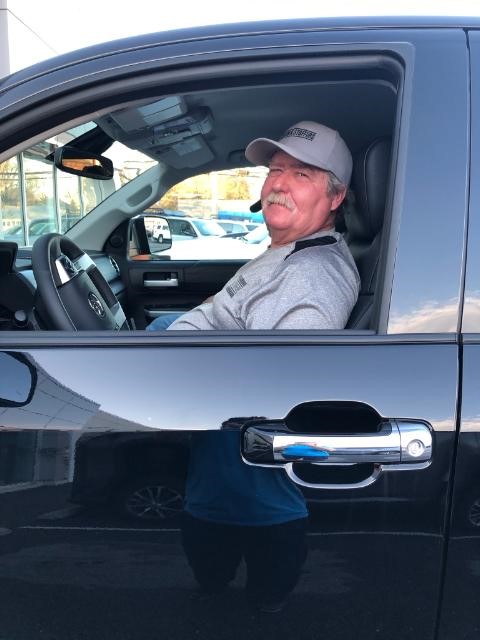 Brett Eldred Morrison, 59, of North Beach passed away March 19, 2020. Born in West Virginia on November 21, 1960 to Michael P E Morrison and Miriam Phoebe Newton.  Brett is survived by his loving wife Amy (Johnson) Morrison and their two children Anna Morrison and her significant other David Zoerman and son John Carl Morrison. Brett is also survived by his three brothers Duane Newton Morrison, (and his two sons Benjamin and Joshua), Ward Ellis Morrison and Samuel Dunn Morrison, father Michael Morrison and his wife Elizabeth Hornyak Morrison, and mother Miriam Newton. Brett enjoyed a career at Goldin & Stafford Inc. as a Demolition/Excavation specialist. Most recently becoming a General Superintendent. Brett was a devoted employee and worked for Goldin & Stafford for 26 years. Brett was an avid hunter and fisherman. All that knew Brett knew that family was everything. Brett adored his wife and children —the world was a better place with such a wonderful man in it. He will be deeply missed. The family would like to thank Goldin & Stafford Inc. for their love and support.

A celebration of life will be scheduled at a later date.

Dear Amy and family, my deepest sympathy to all of you during this very difficult time.

Dear Amy, John and Anna
You were blessed by having the most wonderful, caring, involved and loving husband and father. The world indeed lost one of its rarest “good guys”
God bless and keep you
Love
Lydia

Dearest Amy, Anna and John
My heart aches for your loss of Brett.
I am here for you.

Amy,
Words cannot express our deepest sympathies. Please let us know if we can help in anyway.
Joe and Jodi

You were the first friend I made when my family moved onto Poplar Drive in 1964.. I will miss my friend with the beautiful blond curls, who always made me play the army nurse when we played war in the front of your house. One little girl and a handful of boys.. I guess you were brothers to me. I am sending a prayer to you and the entire Morrison family. Until we meet again, may that clear lake always be stacked for you! Rest in Peace, Brett..

Mike, Duane, Ward, and Sam – You probably don’t remember me but my name is Mary Ellen Bobb and I used to live down the street from you on Poplar Drive. In fact, I used to baby sit all of you and Brett! Mike might remember us as he used to kindly give us an escort home after those baby sitting duties. Learning of Brett’s passing gave me the greatest sadness and feeling of loss, but reading this showed me what a wonderful family and life he must have had. And I rejoice in that! Please know that you all have my deepest condolences and my prayers.

We are sorry for the Morrison families loss. I knew Brett when he was in Grade through High School. Through cub scouts and little league baseball. He was friends with our son Eddie.

Air Power Inc would like to offer
you and your family our deepest
and most sincere condolences.
Rest in peace Brett.

DEAREST AMY,ANNA, AND JOHN. SO VERY SORRY FOR YOUR LOSS. ALSO SORRY I CAN NOT BE THERE FOR MORAL SUPPORT. MAY BRETT REST IN PEACE. PRAYERS AND LOVE TO YOU ALL.

Amy, Anna, and John,
Please accept our Deepest and sincerest condolences. Brett was a great guy and friend. May he Rest In Peace. You our in our thoughts and prayers.

Condolences to the Morrison family. My wife and I attended high school with Brett and Brett and I were captains on the baseball team our senior year. A little later in life we connected again, and Brett convinced me to join his adult baseball team. That didn’t last long after we both discovered baseball is a young man’s game, but I enjoyed every minute of reconnecting and talking about the good times in high school. I haven’t talked to Brett since then, but I am sure if we had that chance it would be like we had just talked yesterday. Brett was a good friend and someone we will miss a dearly. Rest in peace Brett.