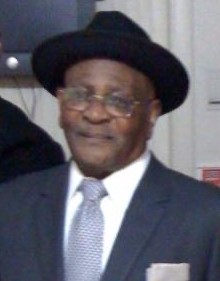 Alvin Leopold “Big Mac” McLean, 90, of Lexington Park, MD and formerly of Jamaica and England, passed away on February 26, 2020 at MedStar St. Mary’s Hospital. Born October 21, 1929 in Sunbury Clarendon, Jamaica, he was the son of the late Joseph Fuller and Norissa McLean.

Alvin graduated from Smithville High School in 1945. He married Daisy Theresa Blearie in St. Andrew, Jamaica on December 24, 1957. He was an Auto Technician for Chrysler Passport of Alexandria for thirty one years, retiring in 2003. Alvin moved to St. Mary’s County from Alexandria, VA in 2007. He enjoyed Domino’s, watching wrestling and the Washington Redskins.