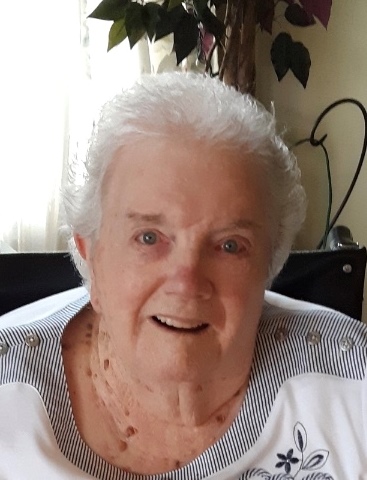 Alice Marguerite Sweeney, 89, of Chestertown passed away March 23, 2020 at her home. She was born January 13, 1931 in Leeland, MD in Prince George’s County to William Joshua and Amy Isabell (Simpson) Dean. Alice was raised in Upper Marlboro and attended public schools. She married Joseph M. Sweeney on July 10, 1954 and they lived in Upper Marlboro. Alice was employed as a grocery cashier with A&P, which later became Super Fresh, retiring in 1994. Later that year, Alice and Joseph retired to Pennsylvania. Mr. Sweeney passed away in 1996 and Alice moved back to Maryland in 2004. Alice was a member of Local 400 Grocery Workers Union and loved working as a cashier. She enjoyed baking, gardening, canning, music, and time with her family, especially her grandchildren and great-grandchildren.

Due to current regulations, services for Alice will be strictly limited to immediate family members and are by invitation only. A celebration of Alice’s life will take place at a later date. In lieu of flowers expressions of sympathy in Alice’s name may be made to the Compass Hospice of Centreville, MD  or to the American Heart Association.

Condolences to family and friends.
Lots of prayers for everyone’s loss.

So sorry for your loss. May you find comfort in your memories. Sending lots of love.

Condolences to family and friends.
Lots of prayers for everyone’s loss.

So sorry for your loss. May you find comfort in your memories. Sending lots of love.