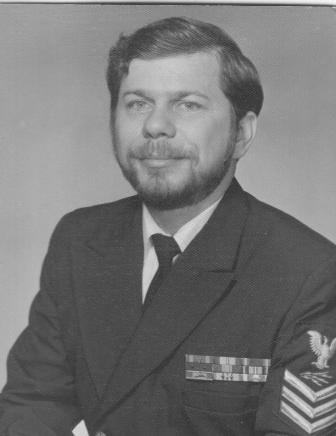 Wythe Vaiden Brown, Jr. 72, of Prince Frederick, MD passed away peacefully at home on December 7, 2016. He was born to the late Wythe Vaiden Brown, Sr. and Rose Angelina (née Lentini) in Washington, D.C. on September 23, 1944. He was the beloved husband of Nancy L. Brown whom he married on January 30, 1979 in Arlington, VA.
After high school, Wythe joined the United States Navy in 1961. In the Navy, Wythe specialized in radio communications and he served on multiple ships including the U.S.S John F. Kennedy and the U.S.S. Boyd and he completed three tours in Vietnam. He received a Republic of Vietnam Gallantry Cross Unit Citation for courageous acts performed while in Vietnam. Throughout his career, he served in duty stations in Ethiopia, Italy, Puerto Rico and Norfolk, to name a few. He was proud of the places he had been and he loved to tell his children stories about his travels. He retired from the Navy after 20 years of distinguished service to his country.
Following the Navy, Wythe pursued a career in the information technology field where he found great success working with Computer Data Systems Inc., Affiliated Computer Systems and Lockheed Martin. He retired from that field 23 years later.
Throughout the Vietnam War, two careers and countless life experiences, Wythe loved nothing more than spending time with his wife, children and sisters. He was extremely dedicated to his family and friends and he was a loving father. He will be missed greatly.
Wythe is survived by his wife, Nancy of Prince Frederick, his eldest daughter, Bonnie C. Smelser and her husband Ricky of Thaxton, VA, his son Brian C. Brown and his wife Lena of Roanoke, VA and youngest daughter Jennifer of Roanoke, VA; siblings, Rose A. Lunceford of Annandale, VA, Lulee Harris of Lewisburg, TN and Clarinda Hoagland of New Smyrna Beach, FL; eight grandchildren and one great-grandchild. He was preceded in death by his parents, and his step father, Charles M. Ballard.
The family will receive friends on Monday December 12, 2016, from 10 to 11 AM where services will follow at 11 AM at the Full Gospel Assembly of God Church, 890 Solomons Island Road South, Prince Frederick, Maryland 20678. Interment will take place at Arlington National Cemetery at a later date.