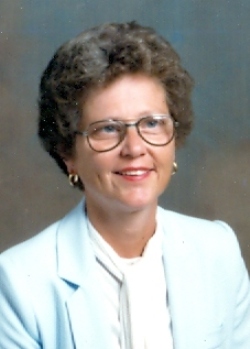 Wynonia Katherine “Nona” Richardson, 72, of Lothian, MD passed away July 6, 2012 at Calvert Memorial Hospital, Prince Frederick, MD. She was born November 13, 1939 in Washington, D.C. to William “Buster” and Josephine W. (Brinkley) Clerico. Nona graduated from Eastern High School in 1957. After marrying Isaac “Wink” Richardson in 1960, Nona moved with him to Florida. She was employed as a sales associate for Sears and she moved up the ladder to become Regional Retrofit Manager, eventually retiring in Brandon, FL. At the age of 54, she graduated from Tampa College as a medical assistant with a 4.0 Grade Point Average. While living in Florida, Nona enjoyed attending the Miami Dolphins football games. After moving back to Maryland in 2005, she began working in the box office for the Bowie Baysox, a job that she absolutely loved. She also enjoyed working crossword puzzles and anything related to computers.

Nona was preceded in death by her parents, her husband Wink, and by a brother Frank Clerico. She is survived by her son Michael Dustin “Dusty” Richardson of Boswell, IN; a sister Darlene Mingioli and husband Bernie of Dunkirk, MD; brothers James Clerico and wife Joyce of White Plains, MD and Bill Clerico and wife Trisha of Ohio; and grandchildren Carla, Darrell and Scotty Richardson.