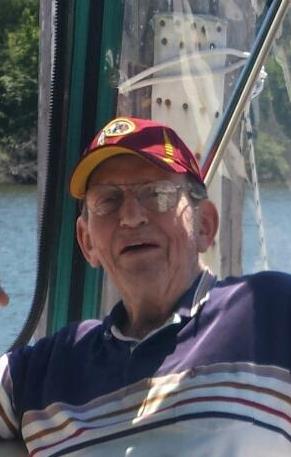 William Milton Weaver, known by most as “Bill” or “Coach”, 83 of California MD passed away on March 26, 2017 in Washington, DC. He was born on March 24, 1934 in Altoona, PA to the late Harry and Alverta Ferguson Weaver. He was the beloved husband to Joan B. Weaver.

Bill graduated from Altoona High School in 1953 and went on to attend George Washington University graduating in 1957. He was then drafted by the Washington Redskins. He obtained a Master of Arts Degree in Education from George Washington University in 1970. Bill became a coach at George Mason High School in Falls Church, VA. Bill was the first head football coach for James Madison High School, Vienna, VA when they first opened in 1959 and held that position for eight years. During his time at James Madison High School, he also taught Physical, Health, and Driver’s Education. He was promoted to an administrative position during his time there. Bill was an Assistant Principle with the Fairfax County School System at both South Lakes High School in Reston, VA and Herndon High School in Herndon, VA for over 40 years, retiring in 1996. Bill cared greatly for his students and made a huge difference in many of their lives acting as a mentor. He loved boating, riding his motorcycle, and cheering on his football team, the Washington Redskins.

Bill is survived by his wife of 63 years Joan B. Weaver of California, MD; children, Wendy Weaver of Hollywood, MD, and Roy Weaver of Berryville, VA. He was preceded in death by his parents and siblings, Donald Weaver, Virginia Weaver, and Roy Weaver.