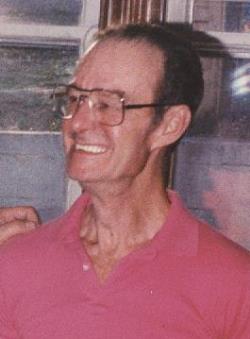 William Milton “Bill” Moran, 82, of Prince Frederick, MD passed away July 8, 2013 at the Calvert County Nursing Center in Prince Frederick. He was born February 23, 1931 in Prince George’s County to Howard Earl and Dixie Irma (Trathen) Moran. Bill was raised in Riverdale, MD until moving with his family to Chesapeake Beach in 1961. Since 2008 Bill has been a resident of the Calvert County Nursing Center, where he was known as “Pops”. He was employed at the Rod-n-Reel Restaurant in Chesapeake Beach as a dishwasher, and also worked as a mate on the Smokey Joe charter fishing boat. For many years Bill attended St. Anthony’s Catholic Church in North Beach with his family. He volunteered with Meals on Wheels and the food pantry at St. Anthony’s. Bill was very outgoing and loved spending time with his family and friends. He was also very fond of fishing.