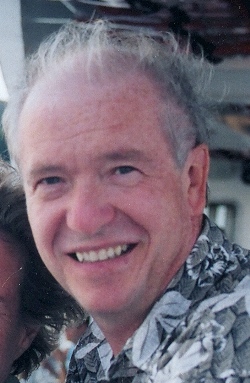 William Michael “Bill” Tew, 66, of Huntingtown passed away April 8, 2014 at Calvert Memorial Hospital in Prince Frederick. He was born July 5, 1947 in Cheverly to William Harrell and Marcella Bridget (Urquhart) Tew. Bill was raised in College Park until moving to his family’s farm in Huntingtown in 1954. He attended Huntingtown Elementary and Calvert Senior High School, graduating in 1965. Bill played football in high school, was in the band, and was also a member of the Calvert County Riding Club, where he was active in horse shows and jousting. He served in the United States Air Force from 1966 to 1970, and was deployed to Vietnam and Korea. Upon his discharge, Bill attended Burnside-OTT Aviation School in Miami, FL, and became a commercial airline pilot. He retired as a Captain with Continental Airlines in 2005. Bill married Billie Louise Larson on October 30, 1976, and they lived in Miami, FL, Wharton, NJ and then returned to Huntingtown after Bill’s retirement. In his leisure time he enjoyed hunting, camping, fishing, boating, and spending time with his family.

Bill was preceded in death by his parents. He is survived by his loving wife, Billie Louise Tew, an aunt Margaret Edgar of Gilbertown, AL, and several cousins.