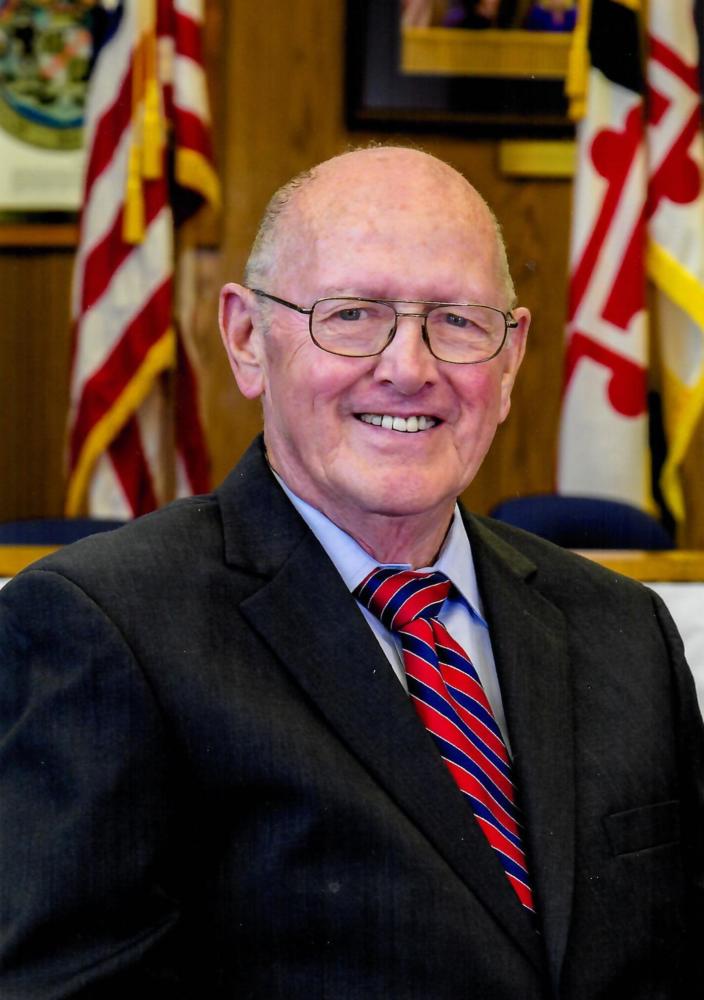 William Jude “Bill” Phalen, 79, of Huntingtown passed away September 7, 2020. He was born November 7, 1940 in Lancaster, WI to Lulu and Timothy E. Phalen. Bill grew up on the family farm in Lancaster, WI and attended St. Clement’s Elementary School and St. Nazianz Seminary before graduating from Lancaster High School in 1958. Following high school, Bill entered the United States Navy and was honorably discharged in 1964. He then attended and graduated from the University of Wisconsin-Platteville with a Bachelor’s degree in history and political science. Bill married Donna Yeoman in Monroe, WI in 1971 and they lived in Suitland, MD for a short time before moving to Simi Valley, CA and eventually settling in Huntingtown in 1976. Bill was employed as a survey statistician with the United States Census Bureau for 35 years, retiring in January 2002. During his career he worked on the decennial censuses in 1980, 1990, and 2000, as well as many other projects. After a few years of retirement, Bill went back to work with a government contractor to finish the 2010 Census. Bill was very involved in the Calvert County school system and Board of Education. He was appointed to the Calvert County Board of Education in 1993 and when the position became an elected position Bill ran and won. He was elected President and Vice President several times and was currently serving as the board President. Bill also served on the Archdiocesan Board of Education and the Maryland Association of Boards of Education, serving as President in 2007. He received the Willis Award for outstanding school board member from MABE in 2010. Bill was also a past president of the Huntingtown Elementary School PTA, Northern Middle School PTA, and Northern High School Music Boosters. He also coached T-Ball and little league. In his spare time, Bill enjoyed gardening and was very proud of his vegetables. He also loved making tomato juice and would often make enough to last all year. Bill was a very proud grandparent and loved spending time with his family. He was a founding member of Jesus the Good Shepherd Catholic Church and a sports fanatic. He was an avid fan and proud shareholder of the Green Bay Packers. He was also a fan of the Chicago Cubs, Wisconsin Badgers and Notre Dame football.

If you wish to attend the Mass of Christian Burial at Jesus the Good Shepherd please sign up ahead of time via the attached link. https://ccjgs.flocknote.com/signup/15753

I heard a tremendous amount about your good works. I witnessed your caring heart and love through your children.. You can tell a man by his offspring and you sir were a good man. May your soul rest in peace and may your family find comfort in all the great memories you created for them. God bless!!

My deepest most heartfelt condolences to the family, friends, and community. We’ve lost a gentle giant whose shoes will be difficult to fill. The suddenness of our loss makes it doubly difficult. He was unfailingly kind and generous with his time. I’m so grateful that I had the privilege of knowing him. Bill is in Heaven celebrating in his reward.

Beth I’m so sorry on the loss of your Dad.
You and your family are in my thoughts today.
I wish Peace 🙏🏽

To Donna and the kids, and to Tim, Rita Mary and Jack, my love and prayers. I remember Bill as the quiet one and for the long talk we had about alcoholism at Aunt Lu’s funeral. Wish I could be with you as you celebrate his life in the upcoming services, Love hearing that his life and career were so successful. Uncle Tim must be bragging up there as he awaits his arrival.
As our family shrinks in these final years I wish I could see you all and share the many happy memories of life on the farm. My love to each of you, God bless you all.
Love,
Peg

Dearest family of Bill, It is with great sadness that I learned of Bill’s passing. I can’t imagine not seeing him at church or at the many gatherings sponsored by the Mens Club and Knights of Columbus at Jesus the Good Shepherd. I met Bill when I moved to Calvert County in 2000. Such a kind and gentle man who always had a smile and a kind word. May you rest in peace Dear Bill. We are all better people for having known you, and the world and Calvert County will remember you and the great positive difference you made for us all– A true legacy of love.

Our deepest condolences to the family, friends, and community.

The Hanson Family would like to send our condolences to the Sr. Bill’s family. We enjoyed visiting with the Phalen Family over the years, both at their Maryland home and in Colorado. They gave us a good tour of the DC area when we first got together, cruised the river. We have the best grandaughters Meredith and Brenna and look forward to more family events. Love to all, Allan & Carol and all the Colorado Hanson’s.

Bill was an icon in our county and will always be remembered for his service and dedication to us all. Blessed Be with Love and Light to family and friends who shared in his life.

My sympathies on your loss. I first met Bill between the Sunday Masses at Jesus the Good Shepherd. As a sacristan at the time, he was setting up for the 10:45 AM Mass. I started referring to him first as “archbishop” Phelan and then as “cardinal” Phelan. He always took it in good humor, even when I bowed and called him “your eminence.”
Bill was a great supporter of our fine school system and attended every function he could. When I had school-age kids in the various plays, it was always great to see him in the audience at the Mary Harrison Center, usually seated about 5 or 6 rows back in the middle of the orchestra section.
Bil also attended many Boy Scout Eagle Courts of Honor on behalf of the Board of Education. I am sure he must have gotten a little tired of all the same canned speeches, but he never let on. He kept his humor throughout.
I finally had to tease Bill a little about having his bases covered with God. While he was a member of Jesus the Good Shepherd, his dear wife, Donna, was the secretary at Huntingtown Methodist.
May you all find peace.

Prayers, hugs & condolences to Bill’s family. We served together on the County Council of PTAs and the Citizens Advisory Committee to the Superintendent of Schools. I believe those positions were Bill’s foray into public service of the Calvert Community. He made a difference and contributed to the betterment of all.

Donna and family, Doug and I are so sorry for your loss. It’s hard to imaging Bill not being around church. His help, knowledge, and smiling face was something I depended upon. I’ll always remember protesting outside the White House with Bill and Father Paul; I’m very glad he was there with us. It was a privilege to know him and he will be missed.

Dear Donna and all the Phalen clan, words fall short. We at Jesus the Good Shepherd, his other “family” will miss Bill so much also. He once said to me “Lots of people have good ideas, but only a few can make them happen.” Bill always made good things happen and we are blessed in knowing him and working alongside him. He is a Blessing.

Peter and Barbara Perry
9:27am

The Perry Family sends our deepest condolences to Bill’s family. Bill was our introduction to the fledgling JGS congregation in the mid-1980s. He has been the symbol of the Good Samaritan in the county. Our four children benefited from his contribution and leadership to the Calvert school system. And he was always there for the Boy Scout ceremonies; he attended and spoke at both of our son’s Eagle ceremonies. He is greatly missed.

With much love and sadness, we send our condolences to Bill’s family and the Calvert County community. Bill was a true servant of the Word and will be missed by all those who knew and respected him. “Well done, thou good and faithful servant!”