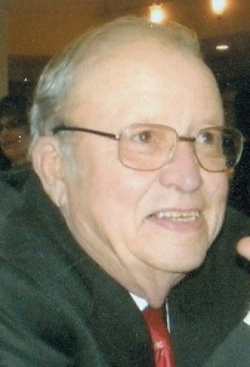 William Irvin “Billy” Revell, 71, of Friendship, MD passed away August 6, 2013 at Anne Arundel Medical Center in Annapolis, MD. He was born November 18, 1941 in Friendship, MD to B. Frank and Irene (Crosby) Revell. Billy was educated in South County at Tracy’s Elementary, and graduated from Southern Senior High School in Lothian in 1959. Billy held several jobs over the years, Brownies Service Center in Deale, Jacob’s Peterbilt in Tuxedo, International Harvester Company in Tuxedo and Richmond, Southern Maryland Cable in Tracy’s Landing and Baldwin’s Service Center in Annapolis. On June 30, 1962, he married Bonita “Bonnie” M. Nieman and they made their home in Friendship. In 1984, he started his own auto repair business, “The Greasy Wrench” in his back yard and worked there until last year when he was forced to close due to health issues.
Billy served in the United States Army from May 12, 1966 to May 10, 1968, earning the National Defense Service Medal and Sharpshooters Badge Rifle. He purchased a 1941 Oldsmobile Business Coupe several years ago and could be seen on Friday evenings at the North Beach car show. He also participated in local parades. While living in Richmond during the mid-1970’s, he joined Junie Dunleavy’s race team and worked on the pit crew for several years. In 1976, he traveled to France with the race team and they were the only stock car to race in the LeMans, he was a true NASCAR fan. In recent years, he turned into a “soccer pop”, cheering on his granddaughter SCYA and SHS teams.
Billy was very personable and loved to talk. He could be seen every weekday morning hanging out with his buddies at the Dash-In in Owings, enjoying his coffee, conversation and company. Billy was a member of the Stallings-Williams American Legion Post 206 in Chesapeake Beach and a former member of the Southern Maryland Tractor Pullers Association. He was a lifelong member of Friendship United Methodist Church.
Billy was preceded in death by his parents. He is survived by his wife of 51 years, Bonnie Revell and daughters Roxanne M. Lane and husband Tim of Friendship and Rebecca L. Lare and husband Joe of Tracy’s Landing. Also surviving are grandchildren Amanda and Alexis Lane, Max McWhorter and Kaitlynne Lare and brothers C. Franklin Revelle and wife Margaret and James C. “Jimmy” Revell, all of Friendship.