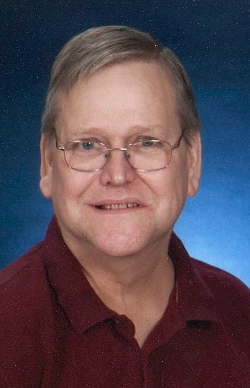 William Harry “Bill” Terry, 63, of Huntingtown passed away September 16, 2015 in Baltimore. Bill was born June 9, 1952 in Roanoke, VA to Harry and Editha June (Ritter) Terry. Primarily raised in the Annapolis area, Bill also spent four years with his family in Alaska. He graduated from Severna Park High School in 1971. He married Carol Harrison on September 9, 1972, and they made their home in Eastport, until moving to Dunkirk in April 1976. Bill was employed as an electrician with H.A. Harris Electric Co. in Towson until an accident in September 1986 left him disabled. He was a member of Mt. Harmony U.M. Church, where he was an usher. He also coached his children’s soccer teams. Bill enjoyed building things, camping, cooking, his dogs Reese and Roscoe and spending time with his family.

He was preceded in death by his father, Harry Terry. Bill is survived by his wife Carol J. Terry, a son John W. Terry and wife Maria of Sackets Harbor, NY, and daughters Megan L. Roberts and husband Matthew of Dunkirk, and Heather M. Lowman and husband Neal of Laurel. Also surviving are his mother Editha Terry Moore of Huntingtown, seven grandchildren, sisters Sharon Hutchins of Lutz, FL, and Betty Cooke of Huntingtown, brothers Paul Terry of Geneva, FL, and Richard Terry of Orlando, FL, as well as numerous nieces and nephews.