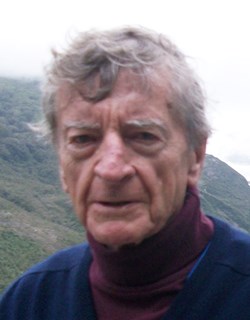 William Francis Culhane ,age 83, passed away peacefully in his home following a long struggle with Parkinson’s Disease. Born in Philadelphia, he grew up in New Jersey and Long Island, NY, spent much of his adult life in Washington DC & Bethesda and the past 12 years on the Chesapeake Bay in Holland Point MD.
He attended Georgetown University, playing for the first Georgetown Hoya Lacrosse team in 1951. He enlisted in the US Army in 1952, studied Russian at the Army Language School in Monterey CA and served in Germany through 1955.
Following work in the emerging audio visual technology field, he earned his Masters degree from American University in 1973. He then spent 25 years with the US Postal Service developing management training programs and provided training across the country and internationally. He took great pride in his role as educator, listener, supporter and promoter of conflict resolution and respect in the workplace.
Throughout his life he supported and enjoyed physical activities; coaching his children’s athletics, volunteering in community organizations such as Palisades Pool, playing hockey, football, tennis and completing three Marine Corps marathons after the age of 50.
Bill is survived by his loving wife, Bonnie Lefkowitz, daughter Sharon Davenport (Phil), son Bill Jr. and three grandchildren: Amanda Davenport and Cade and Reed Culhane. He will be remembered for his humor, compassion, trips to the Delaware beaches, love of a good beer and an undying passion for Redskin football.