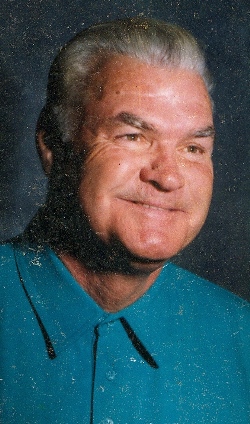 Born February 7, 1930, in Calvert County, MD, to parents George William Hance and Edith Carroll Meade Hance. William Everett Hance, Sr. is a descendent of the early settlers in Calvert County dating back to the 1600s.

Mr. Hance’s “well-lived” 84 years were filled with family, friends, farming, fishing, hunting, traveling, gardening, life enjoyment and 30 years of devotion to the State of Maryland’s Motor Vehicle Administration (MVA). Mr. Hance was initially employed by the MVA as an investigator in which he traveled state-wide for many years before becoming Southern Maryland’s first manager of the MVA branch located in Waldorf, MD. He retired from the MVA in 1984.

He was a member of the Prince Frederick Masonic Lodge No. 142 for over 50 years. He was also a member of the National Guard and worked as a Forest Ranger in Calvert County.

The Memorial Service was held at the Rausch Funeral Home in Owings, MD on Wednesday, August 20, 2014 at 11am.

The Masonic Funeral Service was conducted by the Prince Frederick Masons, Lodge No. 142. Then followed by words from Pastor Keith Schukraft of Huntingtown United Methodist Church.

The pallbearers were Mr. Hance’s Brother Masons of the Prince Frederick Masonic Lodge.

The funeral procession was safely led from the funeral home to the cemetery by Officers of the Calvert County Sheriff’s Office. A special thank you to Sheriff Mike Evans.

Mr. Hance was laid to rest beside his son, Thomas Lloyd Hance, Sr., in Miranda Cemetery in Huntingtown.

The reception following the interment was held by the gracious members of the Huntingtown United Methodist Church in their Celebration Hall.

Mr. Hance will be remembered for his hard-work and devotation to his family, friends, organizations and work. We will always hear him say his favorite expression, “Oh My Soul in Time!” And through his spirit …… his Kindness to All, Love for Mother Nature, Patience and “Smile” will be forever among us.

Memorial contributions may be made in his name to the United Methodist Church, 4020 Hunting Creek Road, Huntingtown, MD. 20639.