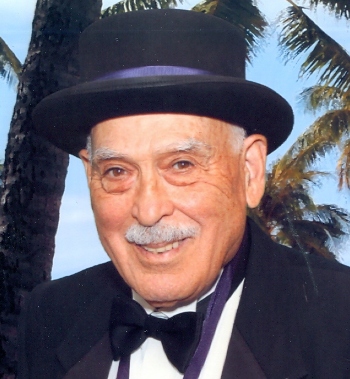 William David “Bill” Rowe, 82, of Chesapeake Beach, MD passed away May 16, 2012 at Inova Fairfax Hospital, Fairfax, VA. He was born January 7, 1930 in Newark, New Jersey to Milton and Pauline (Strauss) Roethler. He was educated in New Jersey schools and graduated from Columbia High School in Newark, class of 1948. He attended Wesleyan University in Middletown, CT, graduating in 1952. He then received his MBA from the University of Pittsburg, an in 1973, and later his Ph.D. in Business Administration from American University in Washington, D.C. He also received a diploma in theological studies. Bill was employed as an environmental consultant for Peak Performance of McLean, VA. He formerly was a self employed consultant operating Rowe Research and Engineering. Bill resided in northern Virginia until moving to Chesapeake Beach in 1995. He was an accomplished musician, managing and playing the drums for The Not So Modern Jazz Band. Bill was a member of the Masonic Order and Kena Shrine in Fairfax, VA, the Potomac River Jazz Club, and the Kiwanis Club of Northern Virginia. He was also a member of All Saints Episcopal Church in Sunderland, MD. He was involved with the Twin Beach Players, Treasure of the Bay Business Group and often performed at the Wine and Arts Festival at All Saints Church. He was a brew master who enjoyed making his own beer. Bill was also very athletic and enjoyed jogging, lifting weights, swimming and biking.

Bill was preceded in death by his parents. He is survived by four children William D. Rowe, Jr. and wife Teresa of Annandale, VA, Andie Rowe and husband Robert Jones of Germantown, MD, Dede Rowe of Savannah, GA and Ryan Rowe and wife Sandra of Ft. Myers, FL. Also surviving are six grandchildren and a brother Howard Rowe of Indianapolis, IN.