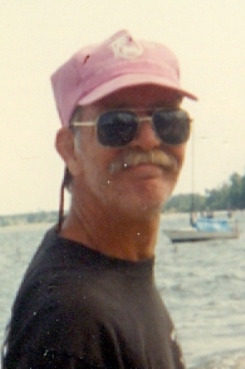 William Dale “Bill” Shields, 69, of Tracy’s Landing, MD passed away August 18, 2013 at his residence. He was born in September 21, 1943 in Philadelphia, PA to Dr. Richard and Betty Shields. In his youth, he spent summers in Lewes, DE with his grandparents. He attended Ambler University in Philadelphia, PA prior to enlisting in the United States Army and serving his country in Vietnam, earning the Vietnam Service, Vietnam Campaign and Good Conduct Medals. He married Barbara Eversfield on October 11, 1989, and they resided in Fairhaven. Bill retired from the United States Postal Service. A dedicated Baltimore Orioles and Washington Redskins fan, he spent many summer days in Memorial Stadium, with his children and later his grandchildren. He enjoyed sailing and fishing and being on the Chesapeake Bay and the beach in Fair Haven, and taking longs walks with his dogs in the woods. Bill loved children and animals and always shared his life with a dog. He was also a proud Democrat and enjoyed watching election returns.

Bill was preceded in death by his father and a brother Robert. He is survived by his mother, Betty Shields, his wife Barbara Eversfield Shields, sons Donald Eversfield and wife Susan of Owings, MD and William D. Shields, Jr. and wife Rebecca of Westminster, MD,, and a daughter Deborah Shields of Columbia, MD. Also surviving are a brother Richard A. Shields, Jr. and wife Bonnie of Philadelphia, PA, a sister Debbie Shields Kelly and husband Paul of Grapevine, TX; grandchildren Mikayla Eversfield, Christian, Zachary, Casi and Juliann Shields; and longtime friends Mary Glossner, and Amy and Richard Ryerse.