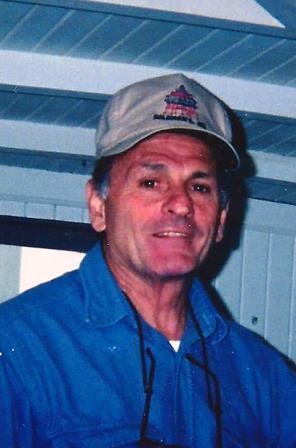 William C. Keefe, 75, of Solomons, Maryland, died peacefully following a long battle with cancer on September 12, 2016, with his family at his side.

Bill was born in 1941 in Long Beach, California. His father’s Navy career brought the family to Solomons in 1948. He spent most of his childhood on Solomons Island and has remained a member of the Solomons community ever since. Growing up, he spent his days around watermen, navy sailors and boatyards. After graduating from Our Lady Star of the Sea School, he headed into a career on the water.

At age18, he worked at the CruisAlong shipyard in Solomons and then completed a four year international tour in the Navy as a SeaBee. Returning home, he took a job as a mate on the research vessels at the University of Maryland’s Chesapeake Biological Lab. This was the first step in a long and adventure-filled career on the waters of the Chesapeake and its tributaries. Over the next three decades, Bill worked his way through the ranks at the University’s research fleet operation, becoming Captain and eventually Marine Superintendent.

Bill could fix almost anything and was known for devising solutions for unique research projects while working side-by-side with field scientists on the water. It was at the University’s lab that he met his wife, Carolyn, who worked as a scientific researcher. They were married in 1967.

After retiring, “Captain Bill” couldn’t resist spending time on the water, and continued to serve as relief captain for Bermuda Biological Station and University of Delaware research vessels. He often worked as captain on board the Calvert Marine Museum’s historic bugeye, the Tennison.

Bill had a kind heart and was generous with his time and talent in the community. When not chipping in on repair projects for his family and friends, he could often be found volunteering at Our Lady Star of the Sea Church, driving an ambulance for the Solomons Volunteer Rescue Squad, or serving as Commodore and other roles with Solomons Island Yacht Club.

Bill enjoyed traveling to visit friends and family with his wife Carolyn. They often traveled to Colorado to visit their daughter, Sally and her family, and to Maine and Florida for annual vacations. Their travels were as much about the journey as the destination, and they enjoyed detouring to visit National Parks and to go kayaking, biking, and hiking.

Bill also loved entertaining guests and hosting oyster and crab feasts at his home on St. Johns Creek. He was always eager to take visitors for a boat ride, or to throw pier parties with water skiing, swimming, and plenty of food and drinks. Many of Bill’s acquaintances will remember him for the dancing shoes he wore so well at celebrations and community events.

Rest in peace, my old friend and schoolmate. We did have a few interesting times.

Rest in peace, my old friend and schoolmate. We did have a few interesting times.