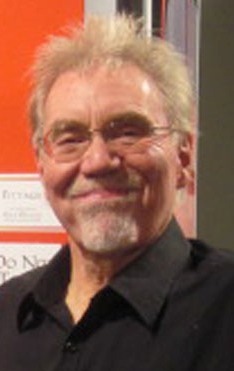 William Sherman “Bill” O’Berry, Jr., 72 lifelong resident of Solomons, MD died at his home on July 3, 2013. He was born October 24, 1940 in Calvert County, to the late William Sherman O’Berry and Katherine Cluff “Kitty” O’Berry. He was raised in Solomons, MD and graduated from Calvert High School in 1958. He attended the University of MD for 2 years.

Bill started work as an outboard motor mechanic at the family business, O’Berry Marine Service while still in high school. After graduation, he continued working at O’Berry Marine, and his love of cars began. He worked on his ’57 Chevy “Knight Shifter” at the family business and began racing it at Aquasco Speedway. His passion for automobiles and racing continued his entire life, drag racing and circle track being his favorite.
He joined the Teamsters Union and was a heavy equipment operator/diesel mechanic.
He usually worked nights, which enabled him to devote more time to working on his race car and his friends that raced. He raced nationwide with Larry Kopp and also raced with Ronald Poore and Kenny Keir. In 1991, he started working for Henry Guyther at Henry’s Engineering as a hi-performance hose and fitting specialist. He remained involved with racing through his many old friends and new alike. He created “WSO Research” to help friends and clients with racing needs and was consulted up until the time of his passing. His vast knowledge of racing/engines will never be replaced or replicated. His love of Hot Rods kept him at car shows near and far. Bill still met with a large group of his high school buddies for lunch.