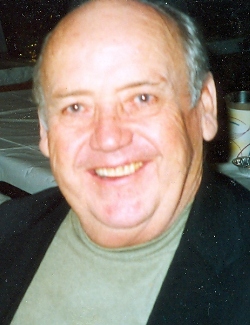 William Arthur “Bill” Moore, 75, of Owings, MD passed away suddenly at his residence on July 1, 2013. He was born July 4, 1937 in Landover, MD to Albert Llewellyn and Dorothy Beatrice (Greer) Moore. Bill was raised in Upper Marlboro on a tobacco farm and graduated from Frederick Sasscer High School. He served in the United States Army from January 7, 1963 to December 23, 1964 and completed his reserve obligation on December 31, 1968. Bill was honorably discharged as a Staff Sergeant and while serving he earned the Good Conduct and Sharpshooter Medals. Bill married Margaret A. “Peg” (Pettit) Brown on February 4, 1970. They lived in Forestville, MD and in 1973 moved to Owings. He was employed as a boat mechanic with Southeast Marine in Camp Springs. Bill was a member of the Stallings-Williams American Legion Post 206 in Chesapeake Beach for 34 years, where he served as First Vice Commander, Second Vice Commander, and an Executive Committee member. He was a also a member of St. James’ Parish in Lothian. In his leisure time, Bill enjoyed watching sports, especially the Washington Redskins and Washington Nationals. He also loved dancing, playing golf and assisting the veterans who visited the American Legion. Most of all, Bill will be remembered as a good old soul.

Bill was preceded in death by his parents, a brother Albert L. Moore, Jr. and sisters Ruth LoCastro, La Reau Miller, Mary Lou Kidwell and Dorothy Kidwell. He is survived by his loving wife of 43 years Margaret Anne “Peg” Brown Moore; sisters Lois Ellis of Edgewater, and Nancy Shifflet of Dunkirk, brothers Roger Moore of Brandywine and Barry Moore of Temple Hills, and by several nieces and nephews.