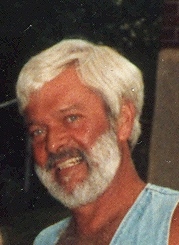 Wayne Anthony Wildman, 75, of Prince Frederick passed away August 2, 2015 at Calvert Memorial Hospital. Wayne was born July 24, 1940 in Takoma Park, where he was raised and attended public schools. He was employed as a union electrician with the IBEW Local 26 for many years. He married JoAnne Balestri in 1962, and they made their home in Cheverly. He then lived in Benedict before settling in Prince Frederick, where he has lived for over 30 years. Wayne married Wilda Griffin on June 23, 1981 and she passed away in 2012. Wayne was an avid NASCAR fan, enjoyed going on road trips and always had a good time.

Wayne was preceded in death by his wife Wilda Loraine Griffin-Wildman, a sister Shirley Rolan and brother Dennis Wildman. He is survived by a daughter Claire L. Wildman and her husband Kevin of Everett, WA, grandchildren Kathryn E. and Abigail A. Wildman, and numerous cousins. He is also survived by his special friend George Washington Brooks, and his dog Fly Ash.