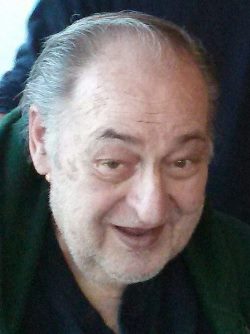 Walter Salvatore “Bill” Krystopik, 75, of Huntingtown passed away December 24, 2014 at his residence, surrounded by family. Bill was born June 12, 1939, in Plainfield, NJ, to Walter Paul and Anna Margaret (Grausso) Krystopik. He was raised in Plainfield and graduated from Plainfield High School. Following graduation, Bill entered the United States Navy and served from 1957-1960. While stationed at Naval Air Station Patuxent River, Bill met the love of his life, Arlene J. (Oden) Krystopik and they resided in Capitol Heights and then Brandywine, prior to settling in Huntingtown in 1976. He was employed as a systems accountant with the Department of Commerce, Bureau of the Census, retiring in 2004. In his spare time, Bill enjoyed tinkering with and fixing things, auto mechanics, tending to his vegetable garden, playing card games with his grandchildren and spending time with his family.

Bill was preceded in death by his wife Arlene J. Krystopik and a brother Kenneth Krystopik. He is survived by daughter Lori Frame and husband Phillip of Huntingtown and a son, Scott Krystopik of Orlando, FL. Also surviving are grandchildren Christopher Redding and Leanna and Madison Frame, and sisters Sandra Moss of St. Petersburg Beach, FL, Diane Musmanno of Marlton, NJ, and a brother Norman Krystopik of Jackson, NJ.