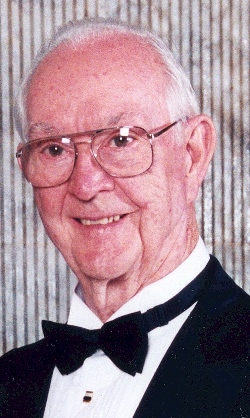 Walter “Walt” Hagan Smith, 91, passed away September 8, 2015 at his residence in Catonsville, MD. He was born March 5, 1924 to John Walter and Elizabeth Hagan Smith and was raised outside of Salisbury in Allen, MD. One of the highlights of his youth were the many summer months he spent working at his grandparent’s hotel, The Maryland Inn, located on the boardwalk of Ocean City, MD. In 1942, he began studying electrical engineering but was called to duty with the US Army in 1943 where he proudly served with the 1262nd Engineer Combat Battalion in England, France, Belgium and Germany during WWII. After being honorably discharged in 1946, Walt resumed studies at University of Maryland and graduated in 1950 with a bachelor’s degree in Electrical Engineering. After graduating he joined the Eastern Shore Public Service Company in Salisbury as an Assistant Distribution Engineer. With an opportunity to further advance his career, Walt moved to Southern Maryland in 1953 where he began his career with Southern Maryland Electric Cooperative (SMECO). He married the love of his life, Norma Jean Timmons, on November 26, 1953 and enjoyed 58 years of marriage until her passing in 2011.

In addition to his accomplished career at SMECO, Walt was very active in both professional and civic organizations. He was a member of the Institute of Electrical and Electronic Engineers as well as a registered Professional Engineer in Maryland. He served as a Director of the United Way of Charles County, member and past president of the Waldorf Lions Club, member and Past Master of St. Columba Masonic Lodge, member of Scottish Rite, Boumi Temple Shrine, and St. Paul’s Episcopal Church and St. James Parish. He was a Director and Past President of the MD-DC Utilities Association and served on the VA-MD-DEL Association Manager’s Advisory, Legislative and Education committees, NRECA Issues Committee, the National Safety Council and was a Director and Past Vice President of the Southern Region for the Safety Council of Maryland, Inc. He was also a Director of the Maryland Chamber of Commerce, the Charles County Chamber of Commerce, and member of the Calvert and St. Mary’s chambers and the Maryland Chamber Foundations, Inc. He served on the Leaders Executive Council and Committee of 100 for the Charles County Economic Development Commission and the Governor’s Task Force for Southern Maryland Regional Economic Development.

After 36 years of service wherein the cooperative grew into one of the largest rural electric cooperatives in the United States, Walt retired from SMECO in 1989 as the Executive Vice President. After retirement, Walt and Norma spent 15 years entertaining family and many friends at their residences in Heritage Harbor, Annapolis and Ocean City, MD where they enjoyed beautiful sunsets, the daily parade of boats returning from a day of fishing and walking. Walt was a generous and loving man to his family & friends and was a great role model to many. He was appreciated for his gentle manner and sense of humor.

A memorial service and celebration of Walt’s life will be held Monday, November 23, 2015. Additional details to follow.