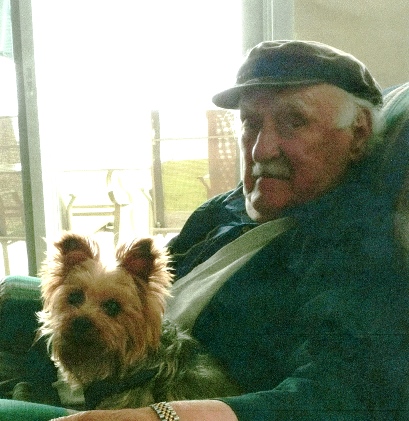 Walter A. Dubicki, 83, entered into eternal life on February 16, 2018. Born in Rudni, Poland, son of the late Walerian and Josephine Dubicki. Walter was a survivor of a forced labor camp during WWII before his immigration to the United States in 1953. Walter lived in Newark, NJ and Laurel, MD before settling in Tracy’s Landing, MD in 1999. Walter honorably served in the United States Navy after his immigration, serving aboard the U.S.S. Blandy (DD-943). During his Naval service, he was instrumental as the primary interpreter of Soviet communications during the Cuban Missile Crisis. Walter worked for the U.S.D.A. and was an active member of the American Legion. He is survived by his nephews Sandy Dzida of Alliston, Ontario, Canada and Alex Zacheja of Toronto, Ontario, Canada and nieces Annette Dzida, Irene Daniels and Janina Asta, all of Toronto, Ontario, Canada. Walter leaves behind his best friend- his dog, Pepe- his loyal companion who lovingly stayed by Walter’s side through his passing. Because of his great love for animals, memorial contributions may be made in Walter’s honor to your local SPCA. Walter will be deeply missed by all who knew him.