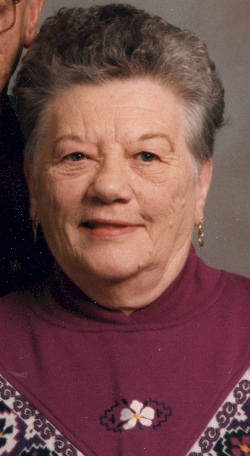 Vivian Hazel Zimmerman, age 90, of Elkridge and a former resident of North Beach passed away May 19, 2014 at Howard County General Hospital in Columbia, MD. She was born June 14, 1923 in Cleveland, Mississippi to William Hayes and Sally L. (Fisackery) Bagwell. After high school she moved with her family to Memphis, TN. Hazel’s first job was in the mailroom at Sears. She was later employed by Firestone making rafts for soldiers during the war. Hazel was married to Percy Elwood King and the couple resided in Washington, DC. That marriage ended after 33 years. Hazel was a seamstress at Sloan Furniture Company where she made draperies. She later married George William “Bill” Zimmerman, Jr. The couple both worked for Sloan for many years and were also part owners until retiring in 1991.
She was preceded in death by her husband George William “Bill” Zimmerman, Jr. and a son Joseph M. King. Surviving are a daughter Joyce A. Raffo of Elkridge, sons J. Allen King and his fiancé Melany Allen of North Beach and Dennis B. Zimmerman of North Beach, eleven grandchildren and 22 great grandchildren.