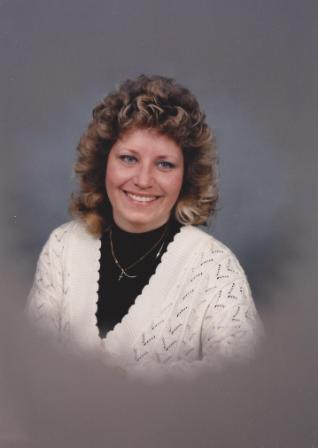 Born September 8, 1946 in Washington, DC, she was the daughter of the late Pearl E. (Roach) Davis and Arthur A. Davis.

Ginger moved to Calvert County in 1967 from Oxon Run Hills. She married her husband, Dennis Michael “Dougie” Dougan on September 24, 1983, in Middleham Chapel. Ginger was a supervisor for the Combined Bachelor Quarters at the Patuxent River Naval Air Station until her retirement in 1998. Ginger was a very caring and loving person who would do anything in the world for you. She loved working out in the garden and she enjoyed spending time at the beach. She loved her dogs and spending time with them. Ginger had a smile that would light up a room. She was a member of the American Legion Ladies Auxiliary in Lusby. Family was always first and foremost in her life.

Ginger is survived by her husband, Dennis M. “Dougie” Dougan; sister, Patricia “Pat” Bowen (Tommy) of Lusby, MD; her children, Robbie A. Sisk (Robin) of St. Leonard, MD, Richard A. Sisk of St. Mary’s County, and Christine D. Sisk of TX; grandchildren, Kelie, Korrie, Kelsey, Karmen, Tony, Richard, Amber, Samantha, Veronica, Stephanie, Ronnie, Casey and Robbie; great-grandchildren, Wade, Bentley, Pasley and Haley; mother and father-in-law, Jerry and Glenda Dougan of AZ; sister-in-law, Becky Atcheson and her husband George of AZ, and many nieces and nephews. In addition to her parents, she was preceded in death by her son, Ronald A. Sisk.